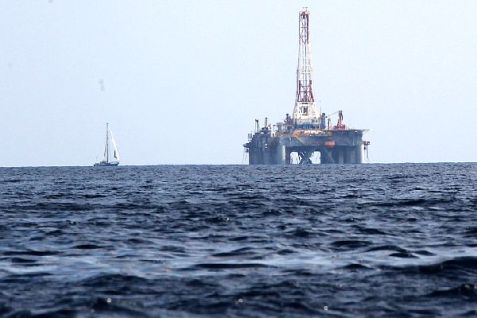 View of a gas drill in the Mediterranean Sea. (illustrative only)
Photo Credit: Nati Shohat / Flash 90

Jordanian protesters marched in Amman this past Friday (Sept. 30), carrying banners and shouting slogans against the Jordanian government and Israel.

The demonstration was held to protest against the new Jordan-Israel gas deal in which the Leviathan natural gas consortium signed a $10 billion, 15-year gas deal with Amman.

A senior official at the Jordan National Electric Power Company (NEPCO) told the Jordan Times that the deal will save them $600 million annually.

The consortium, comprised of the Texas-based Noble Energy firm and Israel’s Delek group, signed the contract on September 26 to supply the Jordan Electric Power Company with approximately 45 billion cubic meterse of natural gas, beginning in 2019.

About the Author: Hana Levi Julian is a Middle East news analyst with a degree in Mass Communication and Journalism from Southern Connecticut State University. A past columnist with The Jewish Press and senior editor at Arutz 7, Ms. Julian has written for Babble.com, Chabad.org and other media outlets, in addition to her years working in broadcast journalism.

If you don’t see your comment after publishing it, refresh the page.

Our comments section is intended for meaningful responses and debates in a civilized manner. We ask that you respect the fact that we are a religious Jewish website and avoid inappropriate language at all cost.

If you promote any foreign religions, gods or messiahs, lies about Israel, anti-Semitism, or advocate violence (except against terrorists), your permission to comment may be revoked.