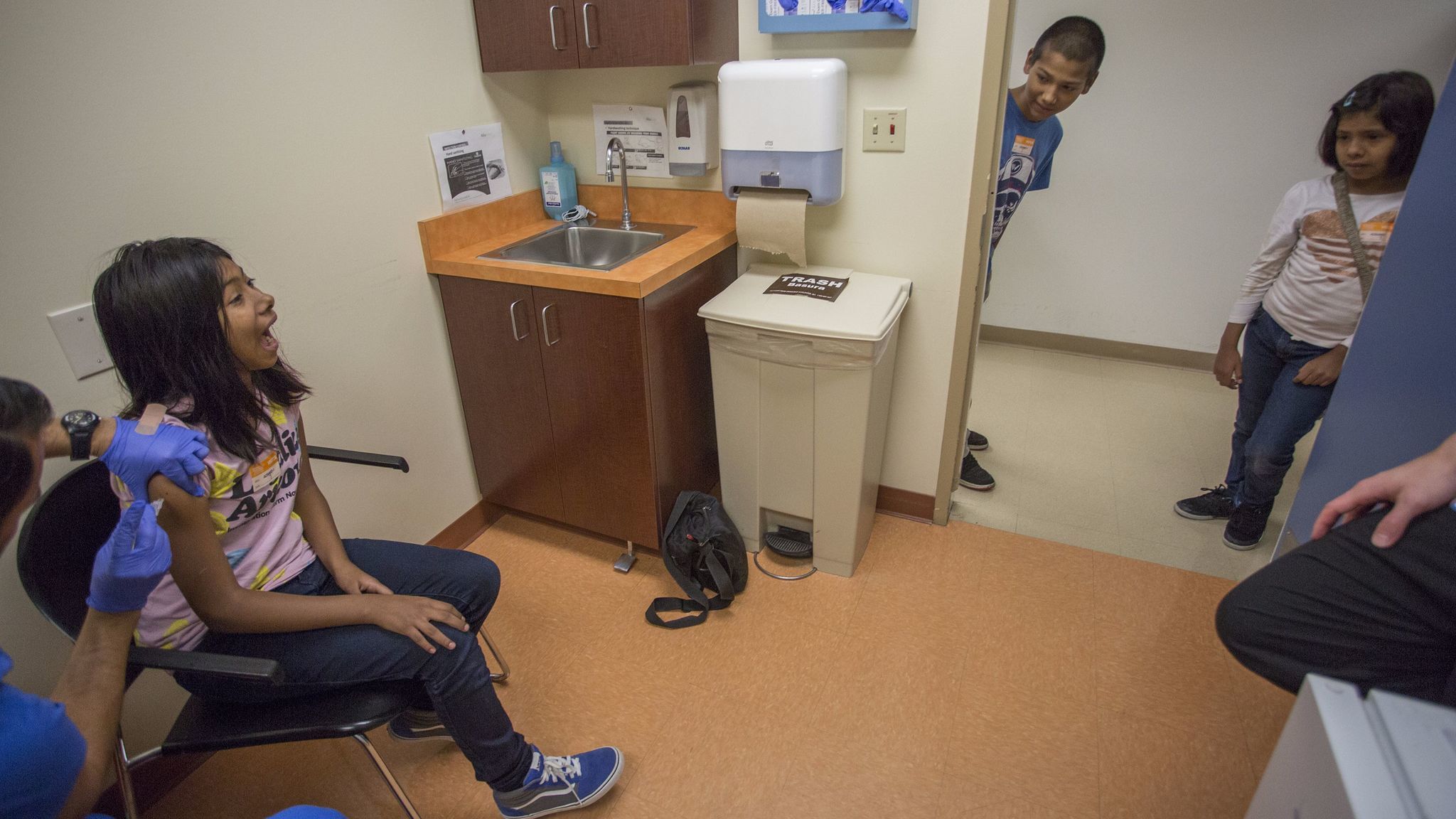 A year ago, California officials appeared to be coming down hard on doctors and parents who were reluctant to vaccinate children.

The state had just implemented one of the strictest vaccination laws in the nation. The medical board was threatening to pull the license of Dr. Robert Sears, a celebrity in the anti-vaccine community.

One vaccine skeptic called the case against Sears “a shot across all the doctors’ bows.”

But so far, no doctors, including Sears, have been punished for writing unnecessary medical exemptions. The crackdown many foresaw never materialized.

Public health advocates are still concerned that doctors are writing improper exemptions to get kids out of vaccines. The number of children with medical exemptions tripled last year, and dozens of complaints against physicians have been filed with the Medical Board of California.

But the way California law addresses medical exemptions has created a challenge for officials, experts say. It leaves the decision of whether a child should be allowed to skip vaccines fully up to the doctor.

Some websites aimed at parents worried about vaccines suggest that physicians could write exemptions for children if they have a family history of asthma, diabetes, eczema or ADHD.

“Is it an abuse? Of course it’s an abuse,” said UC Hastings law professor Dorit Reiss. “The law left discretion to the doctors and of course that means doctors can abuse that discretion.”

California’s tough inoculation law was passed in 2015 after a measles outbreak that originated at Disneyland. Health officials said the outbreak was fueled by high numbers of unvaccinated children.

The new law, known as SB 277, prevents parents from citing religious or other personal beliefs to get out of vaccinating their children. Now children must have a doctor’s note if they don’t have their shots.

Thousands of parents who had been citing personal beliefs to get out of immunizations took their kids to get vaccinated after the law took effect, pushing up overall vaccination rates.

But some schools continue to have dangerously low rates of vaccinated children, in large part because many students got new medical exemptions.

“There are still pockets where that number is lower,” said Santa Barbara County health officer Dr. Charity Dean, “and those pockets are vulnerable.”

At 58 schools in the state, 10% or more kindergartners had medical exemptions last fall. Doctors say that at most, 3% of people could have a medical reason for not tolerating vaccines, such as a gelatin allergy or because they’re undergoing chemotherapy.

In Santa Barbara County, Dean created a program to assist school staff in reviewing exemption forms. But they can verify only whether there’s actually a doctor’s signature on the form, or whether the physician specified if the exemption is for one vaccine or all — not the rationale for the exemption itself.

“Our role as a public health department is not to assess whether or not a medical reason is valid,” Dean said.

Under California law, no regulatory body is charged with vetting the validity of medical exemptions. Doctors also don’t have to follow specific criteria when deciding a child qualifies for exemption, other than their own professional judgment.

“It’s very soft,” said Dr. Jay Gordon, a pediatrician in Santa Monica. “My interpretation of a valid medical basis may be different than another doctor’s.”

Online, some doctors advertise consultations in which, for a fee, they’ll evaluate a child’s eligibility for an exemption. Many list reasons a child could qualify, including asthma and skin conditions such as psoriasis, which experts say should not make children unable to handle vaccines.

What can the medical board do?

The medical board’s accusation against Sears said he didn’t obtain a detailed history of previous vaccines and reactions before determining that a 2-year-old boy should be exempt from further childhood vaccinations.

Sears said the child had suffered severe vaccine reactions and needed a medical exemption, according to his attorney, Richard Jaffe.

Sears, a pediatrician in Orange County and one of the leading voices of the anti-vaccine community, has a medical board hearing scheduled for May. The board could suspend his license or take other disciplinary action if it finds wrongdoing.

In addition to the complaint that launched the Sears investigation, 51 others have been filed against physicians who are accused of improperly writing exemptions in the past three years, according to Jennifer Simoes, chief of legislation for the state medical board. About half have been investigated and closed without any disciplinary action, while the others are still pending, she said.

Cases can take years to investigate, said Reiss, the law professor. And because parents receiving medical exemptions have requested them, they would be unlikely to file complaints against the doctor. An unusual circumstance would have to bring the issue to light, she said.

Joshua Rice filed a complaint with the medical board last year alleging that his ex-wife got medical exemptions for a fee from Sears for their two oldest children.

In the complaint, Rice wrote that his children, now ages 9 and 10, don’t have any allergies or family history that make vaccines dangerous for them. Yet his ex-wife got letters from Sears excusing them from all childhood vaccines, he wrote. (She declined to comment.)

Rice said in the complaint that Sears never met or examined the kids.

Sears denied ever granting medical exemptions without an in-person office visit, and “requires an extensive in person evaluation before any such medical exemption is considered,” Jaffe, his attorney, said in an email.

Doctors ‘afraid to put their neck out’

Some parents said the attention on Sears and doctors has scared physicians.

Rebecca Estepp, who is part of an advocacy group that opposed SB 277, said her oldest child had a serious reaction to a vaccine that included swelling of his brain. She fears other family members could have the same genetic predisposition.

Estepp said she thinks some physicians aren’t writing exemptions, even for valid reasons. Since the law took effect, two complaints have been filed with the medical board against doctors refusing to write vaccination exemptions, according to board officials.

“They’re too afraid to put their neck out and possibly put themselves in a way that they could be scrutinized,” Estepp said.

State Sen. Ben Allen (D-Santa Monica), one of the law’s co-authors, said he called the medical board after he heard that some doctors had received letters about guidelines set by the law. Some doctors saw the letters as a warning.

“The fact of the matter is we don’t need a 100% vaccination rate, we just need to up the numbers,” Allen said. “I certainly will not support any attempt by the medical board to try to intimidate doctors.”

Officials from the medical board would not confirm the letter was mailed out.

Gordon, the Santa Monica pediatrician, agreed that some doctors are shaken by the medical board’s actions, but pointed out that Gov. Jerry Brown’s signing message for SB 277 specifies that exemptions are left up to “the judgment and sound discretion of the physician.”

Gordon thinks the law unfairly took away parents’ rights, so he’s doing his best to respect their wishes, he said.

“The law puts it completely at my discretion, it makes the decision mine, which I don’t think is correct, but I can live with that,” he said.

Which schools had the most medical exemptions?