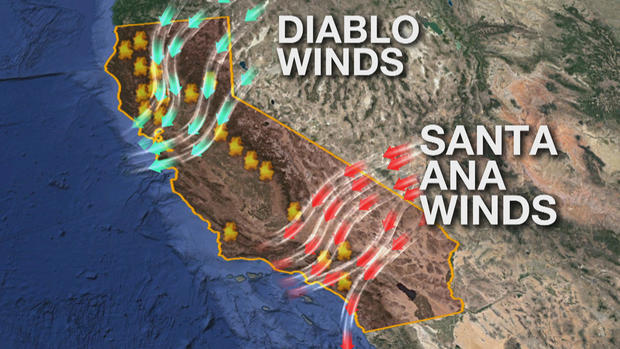 ANAHEIM, Calif. — In 24 hours, much of California became scorched Earth.

October traditionally is peak fire season in the Golden State, when the ground is driest and the winds are strongest. Flames broke out across the state this week because of a perfect firestorm, called Diablo winds in Northern California and Santa Ana winds in the south.

Those winds can gust up to near-hurricane strength, racing downslope from the mountains, and can send embers a half-mile, igniting dry brush all over.

What made the fires this week so catastrophic wasn’t that they hit, but where they hit. The 70-mile-per-hour gusts in Northern California’s densely populated wine country fanned flames that left swaths of communities like Santa Rosa in ruins.

“The sheer size and scope of these fires right now is massive,” said Jonathan Cox, a battalion chief with Cal Fire. 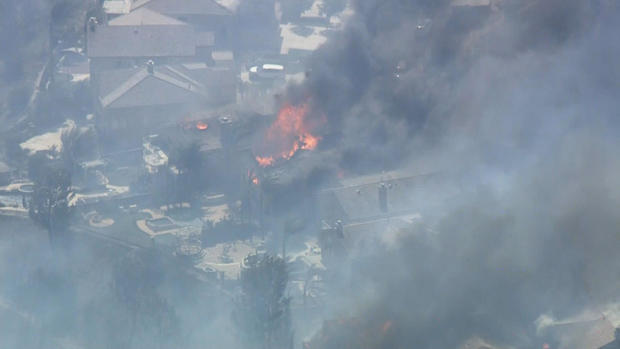 The fire on Canyon Heights Drive

But these deadly and destructive fires could have been much worse. The winds died down Tuesday.

“The fact that we’ve been able to save as many [homes] as we have is remarkable,” said Daron Wyatt, with Anaheim Fire and Rescue.

For firefighters in Northern California, the forecast will get worse Wednesday night with high winds and low humidity. The fire season has just begun in California, and it’s off to a scary start.