Staff Sgt. Alexander P. Dalida — who was enrolled in the Special Forces Qualification Course at the US Army John F. Kennedy Special Warfare Center and School — was identified by the Army as the soldier killed in the Fort Bragg incident. The cause of death is under investigation.
The US military has reported three non-combat incidents in as many days.
On Wednesday, 15 US Marines were injured — some critically — after their amphibious landing vehicle caught fire during a training exercise at Camp Pendleton.
And on Tuesday, one service member died after an incident occurred while an aircraft crew was conducting a medical evacuation hoist training exercise at Fort Hood.
While all three incidents are different and the cause of each is under investigation, collectively they are part of a disturbing trend that is raising questions about the military’s sense of urgency in addressing issues dealing related to training and maintenance procedures.
“Over the past three years, in total 185 men and women in uniform have been killed in non-combat accidents,” Republican Sen. John McCain said Wednesday.
“During the same period, 44 service members were killed in combat. Bottom line is this: I want all of my colleagues to concentrate on what I’m about to say: we are killing more of our own people in training than our enemies are in combat,” he said. 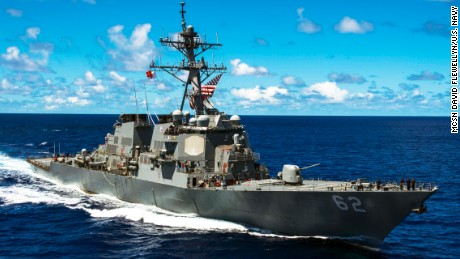 This week’s incidents have only raised more concerns over the military’s readiness considering that they come on the heels of several major mass-casualty non-combat incidents in recent months.
Seventeen US Navy sailors were killed in two separate at-sea collisions — one in June and another in August — and 15 Marines, along with one Navy corpsman, died after their transport plane suddenly crashed in July.
Both Navy destroyers had lengthy records of failure to fulfill key training requirements, according to Government Accountability Office data provided to Congress and obtained by CNN.
Three Marines were killed when their MV-22B Osprey tiltrotor aircraft crashed off the coast of Australia in August. 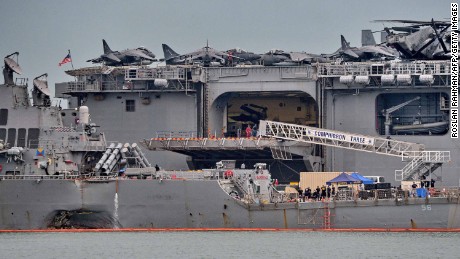 “In the past few months, we have seen far too many reports of death and injury to service members due to accidents during training,” McCain said Thursday in a written statement. “Four times as many service members died during routine training in the last three years than in combat.”
“These incidents demonstrate the current over-taxed state of our military both at home and overseas, and the failure of Congress and the President to give our troops the training, resources and equipment they need,” he added.
Navy leaders will likely be grilled over the recent collisions at sea involving the USS Fitzgerald and the USS John McCain when they testify before the Senate Armed Services Committee next week, but the Navy isn’t alone in seeing a spike in major non-combat incidents and fatalities. 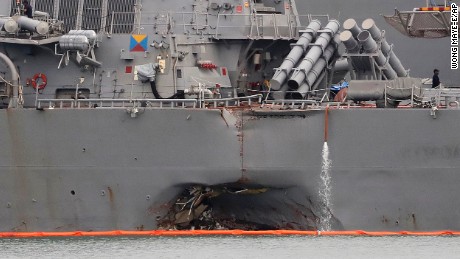 Military leaders, Congress and government watchdogs have all warned for years that the military faces a possible readiness crisis as it has slashed training and maintenance to keep up with budget cuts and increased operations around the globe.
“I think it’s probably approaching a readiness crisis,” Rep. Adam Kinzinger, an Illinois Republican and Air Force veteran told CNN last month. “You have, in many cases, a Navy that is highly operational and may not get the time or the chance to train as deeply or as much as they want. You have old equipment. You have failing equipment because it’s not being repaired or invested in. These are all concerns when it comes to this.”
On Tuesday, Defense Secretary James Mattis is warning Congress that a long-term continuing resolution to fund the government will lead to irrecoverable lost training time, delayed ship maintenance and critical personnel gaps. 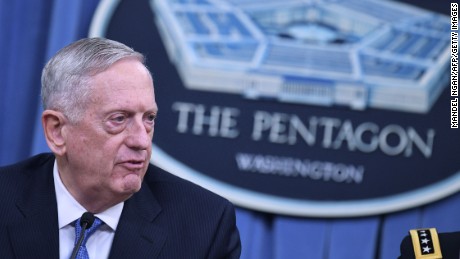 In a letter to defense committee leaders obtained by CNN, Mattis detailed the effects of a continuing resolution, which Congress frequently uses to keep the government funded at the previous year’s spending levels.
President Donald Trump signed a three-month CR into law last week as part of a package that included aid for Hurricane Harvey relief and a three-month extension of the debt ceiling. But the military consistently objects to CRs because they aren’t allowed to start new programs and are restricted in moving money between spending accounts.
“Long-term CRs impact the readiness of our forces and their equipment at a time when security threats are extraordinarily high,” Mattis wrote. “The longer the CR, the greater the consequences for our force.”