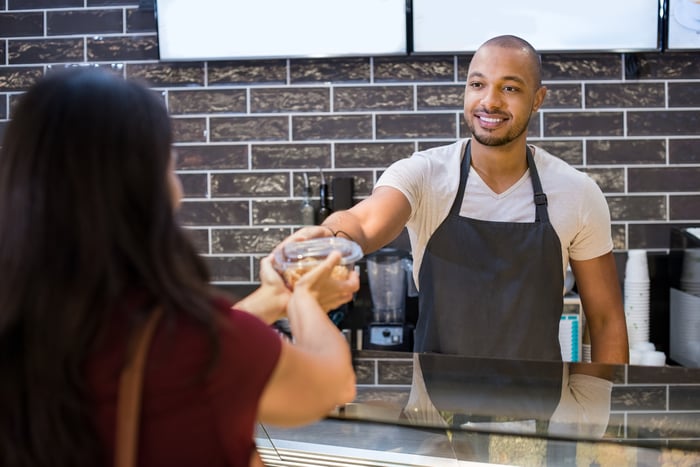 The U.S. is grappling with a full-blown recession spurred by COVID-19, and in April, the jobless rate reached 14.7% — the highest it’s been since the Great Depression. The news was better, however, in both May and June.

In May, the unemployment was just 13.3% (“just” being a relative term), and in June, it dropped even more to 11.1%. All of this is good news. It signifies that millions of jobs were added in the past two months, and that we may be on the road to economic recovery.

But that recovery may not be as swift as we’d like it to be, and Americans are still very desperate for relief. Back in March, the CARES Act was passed that allowed for, among other provisions, a one-time stimulus payment worth up to $1,200 for eligible adults, plus up to $500 for dependents under the age of 17. At this point, however, many of the people who received stimulus cash under the CARES Act have exhausted those funds, and are still struggling to pay for basics like rent, food, and medication. It’s for this reason that some lawmakers have been fighting to produce a second round of stimulus funding. But unfortunately, recent unemployment data might set those efforts back.

Will Americans lose out on a second stimulus check?

In May, Democratic lawmakers introduced the HEROES Act, a $3 trillion relief measure that calls for a follow-up round of stimulus payments. Under the HEROES Act, both adults and dependents are eligible for up to $1,200 in stimulus cash, up to a maximum of three children, or $6,000, per household. But while the HEROES Act made it through the House of Representatives, it’s currently stalled in the Senate and is highly unlikely to pass, as Republicans have made it clear that it won’t fly. In fact, Republican lawmakers have argued that Americans don’t need a second stimulus check, since the economy is, in fact, opening back up and conditions should start to improve in short order.

Jobless data from May and June could easily fuel that argument, even though numbers from both months are still exceptionally high. Back in February, before the pandemic hit home, the U.S. unemployment rate was just 3.5%. While we’ve seen some improvement since April’s high, we’re by no means out of the woods.

Furthermore, COVID-19 cases are surging in parts of the country, and additional shutdowns are already being implemented in a number of states. If the situation worsens, we could see an uptick in unemployment as businesses are forced to close their doors. As such, while it’s easy for lawmakers to point to improved jobless numbers and use that data as fuel to delay or deny Americans relief, the reality is that the need for a second stimulus check still very much exists. President Trump stated in late June that he expects a “generous” relief package to come through. Let’s hope it actually puts money in the pockets, and bank accounts, of those who need it the most.