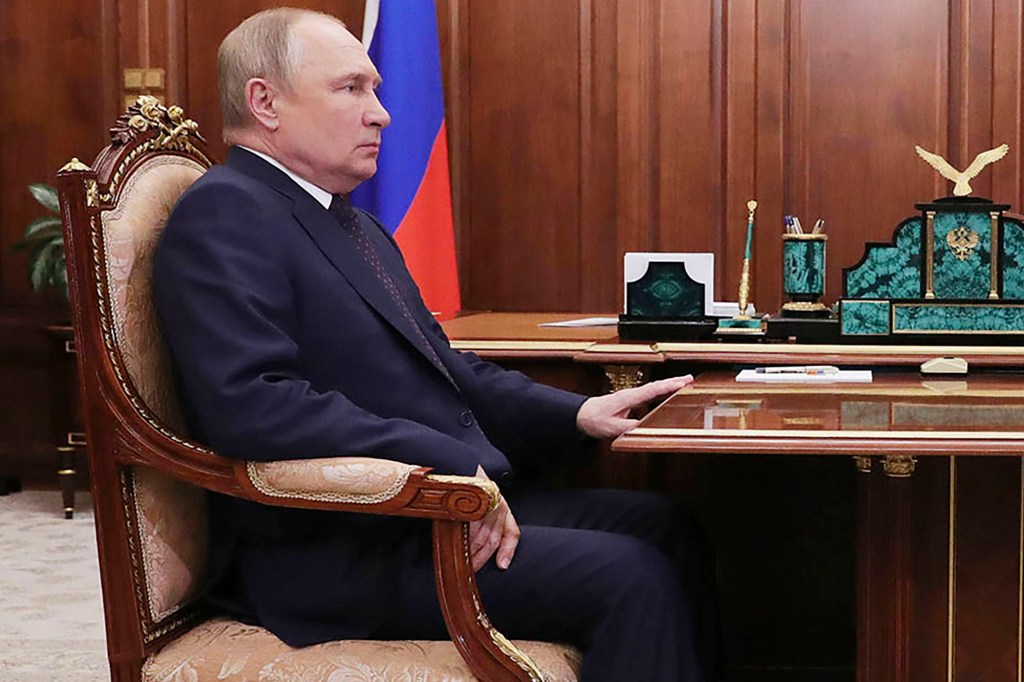 Russian strongman Vladimir Putin is suffering from serious illnesses but still has “years” to go before he arrives at death’s door, a Ukrainian intelligence chief claimed Tuesday.

Kyrylo Budanov, chief of Ukraine’s Defense Intelligence, said he could “fully confirm” reports that Putin, 69, is in failing health.

“He has several serious illnesses, one of which is cancer,” he told Ukrayinka Pravda.

“But it is not worth hoping that Putin will die tomorrow. He has at least a few more years. Like it or not, but it’s true.”

The Kremlin has repeatedly dismissed assertions of Putin’s failing health and said he remains in firm control of Russia.

Budanov also claimed that an unsuccessful attempt was made on Putin’s life by “representatives of the Caucasus” region.

“It was about two months ago,” Budanov said. “I repeat, this attempt was unsuccessful. There was no publicity about this event, but it took place.”

The Ukrainian intelligence officer also claimed that Putin has been dissatisfied with the progress of Russia’s invasion and is mentally faltering.

Budanov claimed Putin has been in a continually “confused” state.

Start your day with all you need to know

“Here we can argue a lot about the state of the dictator, who thought he would capture the whole country in three days and raise the Russian flag on the administration building in Kyiv,” he said.

Budanov speculated that Putin has considered preparing a successor but refrains from taking action due to fears of being supplanted.

“This is a very interesting question. In different periods of his time, he thought about it, and in principle chose, as they say, the favorite,” he said. “There were already several such people. Looking at some of his manic syndromes, he is likely to be afraid to seriously prepare a successor, realizing that in preparation, this successor may want to take the chair a little earlier than Putin himself wants.”

Budanov said Putin has thinned the number of officials he interacts with directly to maintain control over his surroundings and security.