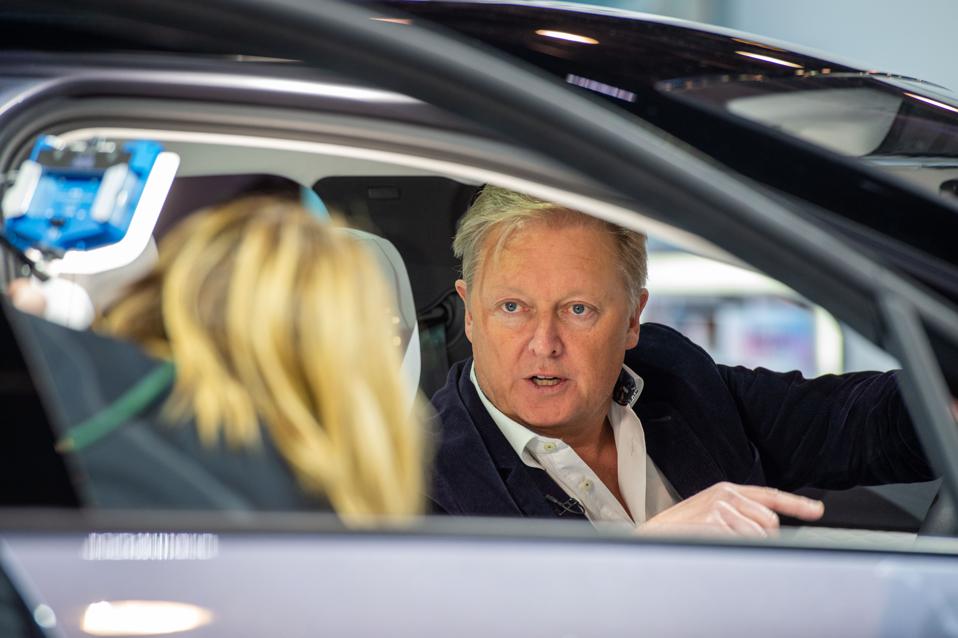 A decade ago, before Tesla released its game-changing Model S sedan that helped make Elon Musk a billionaire, famed car designer Henrik Fisker was poised to grab an early lead in the nascent electric vehicle market.

He had deep industry ties, VC funding, a $528 million low-cost federal loan and a stunning plug-in hybrid concept. But it wasn’t to be. A string of setbacks, including faulty battery packs, technical glitches and a hurricane that trashed a shipment of Fisker Automotive’s $103,000 Karma luxury cars, sent the company into a tailspin and bankruptcy in 2013.

Fast forward and Fisker is dead set on a comeback in the 2020s. His new Los Angeles-based Fisker Inc. has a stylish, surprisingly affordable battery-powered crossover that is to go into production late next year and aggressive sales plans that rely heavily on a lease-based business model. Like Tesla, the company won’t use dealers but distribute directly to consumers and service the vehicles in-house, hopefully, to keep costs low.

The electric Ocean, shown at CES in Las Vegas last week, is priced from $37,499 and packed with eco-conscious touches including rooftop solar panels and recycled interior materials. It costs just $250 to reserve one and the base model will be available with an open-ended, flexible lease for just $379 a month, including maintenance and service. Top-end versions will sell for more than $60,000. The high-tech interior, with obligatory large touchscreen center console, includes a heads-up display and an option to project song lyrics for in-car karaoke for drivers who like to sing.

“We already have sourced our production and we will start next year. We have secured a global supply chain and manufacturing capacity for production of more than 1 million vehicles between 2022 and 2027,” Fisker tells Forbes. He won’t say where the vehicles will be built and how much he’s raised to produce them, but promises to share more details and identify the company’s major “automotive partners”– who may include suppliers and automakers currently lacking EVs in their lineups – at the Geneva Auto Show in March.

Fisker’s return comes as Tesla, which once hired the former BMW and Aston Martin designer to create early Model S concepts, transitions from niche vehicle manufacturer to high-volume global carmaker. Silicon Valley-based Tesla’s shares have been on a tear since October on optimism, buoyed by demand for its electric cars and crossovers and expectations that a new plant in Shanghai that began delivering Model 3 sedans to Chinese customers this month will drive growth throughout 2020. Tesla’s market cap hit $85.8 billion on Jan. 10, making it the most valuable car company in American history (not accounting for inflation), according to data from Dow Jones. That’s close to the $87 billion combined market cap of GM and Ford.

And while Tesla may sell 500,000 vehicles or more in 2020, starting at about $40,000 for its cheapest Model S, electric cars won’t reach true mass-market affordability until production volumes get much larger, which is what Fisker is focused on. 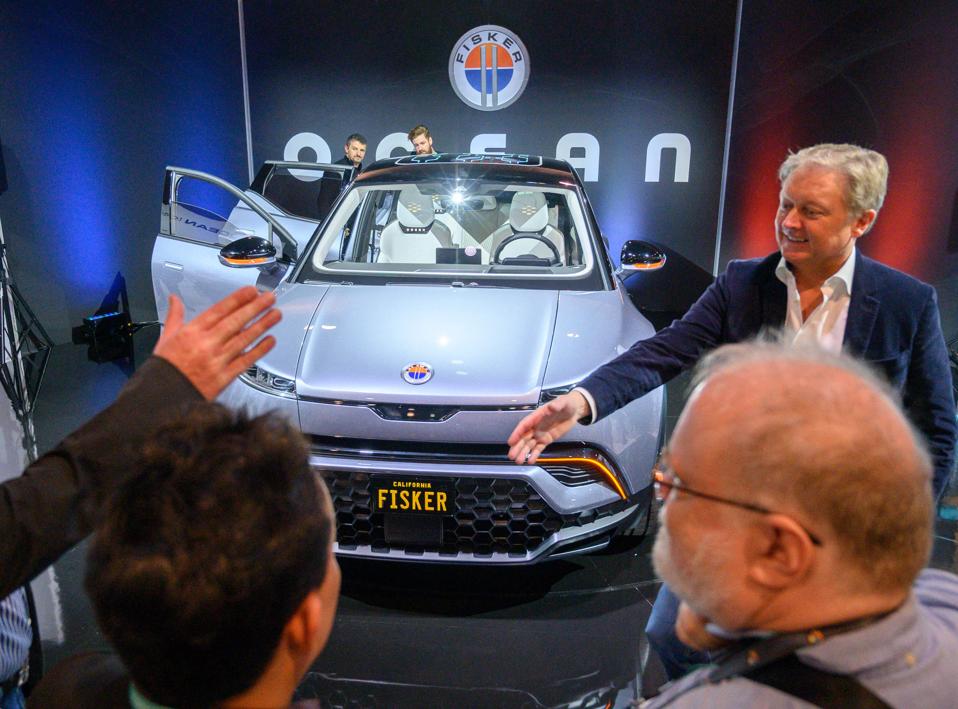 Henrik Fisker, right, greets an attendee in front of his Fisker Ocean SUV.

“To eventually reach the price point where we are you need millions of vehicles. So what we have done is we have teamed up with yet-to-be named groups to share component buying, and we have already sourced components for the entire powertrain,” he says, without elaborating. “We have concentrated on building our business model to make sure that we can deliver a leased model at $379, which is very low–the average lease in the U.S. is $433–and the base price is $37,499. It has a profit margin.”

To succeed, auto startups, electric or otherwise, need vast amounts of money. To survive in its early years, Tesla got investment from Toyota, Daimler and Panasonic, as well as a generous federal loan and an IPO to get up and running at its Fremont, California, plant. Rivian, one of the most interesting new electric vehicle startups that aims to begin making battery-powered pickups and SUVs from late this year, has raised about $3.5 billion so far, including $700 million from Amazon, $500 million from Ford and $350 from Cox Automotive.

At 56, friendly Danish Fisker remains a gifted designer and spokesman for his company, but it’s too early to know if he can deliver what he’s promising. Big-dollar funding and industry partnerships are absolutely vital, but he’s tight-lipped on both for now.

Nevertheless, he says he’s learned a lot from his last startup experience and is optimistic that knowledge, combined with the vast expansion of the supply base for batteries, motors, components and other parts needed to produce EVs, can help the new Fisker succeed.

“Having done it once before the big lesson learned is that it is extremely difficult to try to do everything yourself. The car industry has evolved over 100 years and you can’t underestimate what it takes to not only make a car but also get into production, distribute it and then keep the cash flow going and earning enough money to make the next models. All that this part of our business plan,” he says.

“There is only one way in my view one way you can get this to work: you must have some really, really big partners. And we do have that, and not just on the investment side.”