There isn’t much that Washington and Pyongyang have in common, besides both being heavily dominated by monuments to past leaders.

In DC, memorial tours led by confident college students are a must for any tourist; in Pyongyang, you’ll do the North Korean version whether you like it or not.

I was once made to stand and watch as my tearful “guide” laid plastic flowers at the foot of two enormous bronze statues of Kim Jong Un and Kim Jong Il before telling me off for not bowing in front of them.

The unnatural reverence North Koreans have for the Kim dynasty is well known, but the historical context less so, and I believe it is fundamental as diplomats plot a way out of the current crisis.

The country’s short history starts in 1945 after the end of Japanese control, when its founding leader Kim Il Sung, was installed by the Russians who saw him as a budding ruler.

In 1950 he began the Korean War in a vain attempt to reunite the peninsular – internally this helped create the personality cult that has survived to this day.

As decades of rule passed and Kim Il Sung became more established, North Korea shed the Soviet links that had been so defining in its early years.

Whatever we might think of their nuclear programme, we must also try to understand why North Korea wants it and believes it needs it.

In their place he developed the Juche ideology on which modern-day North Korea is based. The principle of Juche is that man is the master of everything and controller of destiny. It advocates political independence, economic self-sustenance and self-reliance in defence.

In practice it is nothing more than an elaborate justification for heavy-handed rule and a mechanism for dictatorial control but it is as close to a religion as you’ll find in North Korea – importantly, it defines their actions.

In the 1970s, North and South Korea made separate political and ideological decisions that created further divisions between the two.

South Korea fully embraced a developing, globalised world and the values of trade and export. Its economy, previously comparable to a small African country, changed within a generation and it became one of the most advanced countries in the world. 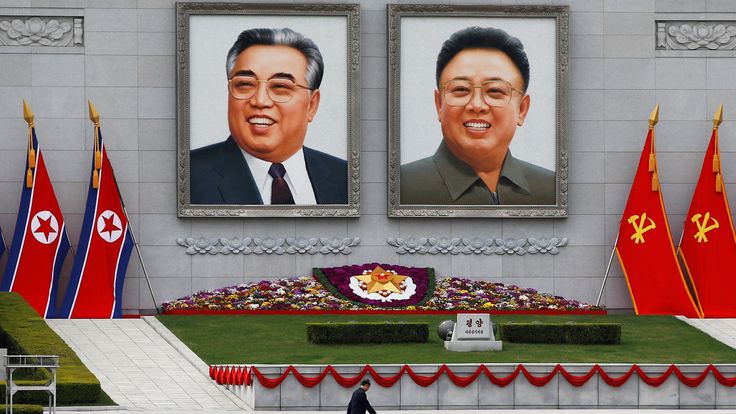 Across the border, loyal to the Juche concept of one-body, one-mind, North Korea opted for closed autonomy. Pyongyang distanced itself from the Soviet economic sphere and isolated itself from the rest of the world.

At that time, North Korea coped because it had the most advanced, mechanised agricultural industry in the region. But this was based on cheap oil, subsidised by China and the Soviet Union, and so when communism collapsed, North Korea was left exposed and vulnerable – oil prices rose dramatically and its industry suffered as a result.

Travel to the country today and that is all too evident people walk or cycle, cars are scarce; Farmers plough fields by hand, tractors are rare. As the South advanced, the North regressed; it has never caught up.

Spin forward to the early 1990s and North Korea came to the brink of collapse. 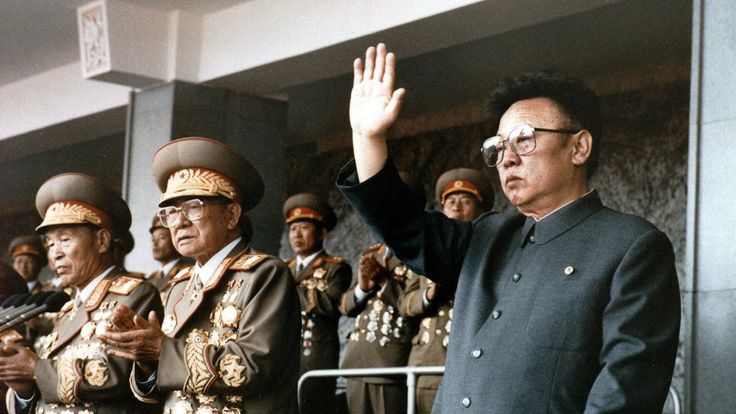 Image: Kim Jong-Il in 1995, an uncharismatic man who would rather have watched movies

He was succeeded by his son, Kim Jong Il, an uncharismatic man who would have preferred a life sat in front of a cinema screen watching his vast movie collection (he reportedly had more than 2,000 DVDs). Instead this cinephile despot inherited a country that could no longer feed or sustain itself – a year later North Korea tipped into a famine that would kill almost 10% of the population by the time it ended in 1998.

Kim Il Sung’s decision to invest in nuclear power was two-pronged: it would provide an alternative fuel source to replace a reliance on oil, and provide the country with a military capability that would ensure its survival.

As a strategy, it was smart. If North Korea hadn’t pursued this route, it’s hard to imagine it would still exist as a country today. Economically the North has never caught up with the South, but its nuclear programme has levelled the playing field. 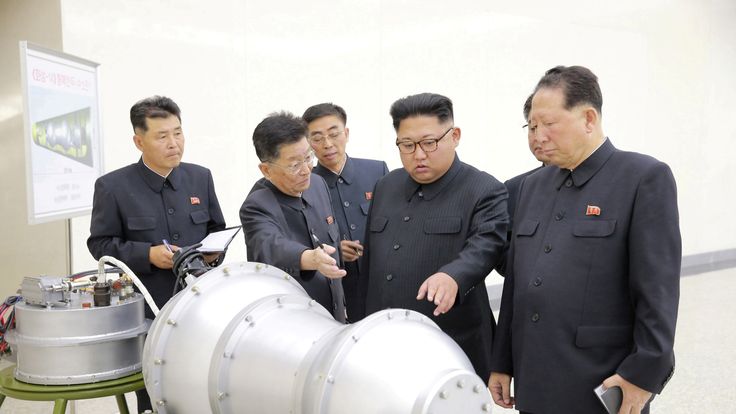 Image: Kim Jong Un inspects what is reported to be a nuclear device

Kim Jong Un, the current leader, unexpectedly came to power in 2011 as a young, overweight, western-educated kid with no fabled backstory worthy of national adoration.

It’s against this vulnerability that he has pursued the nuclear programme more aggressively than either of his forefathers.

Earlier this week the US Ambassador to the UN, Nikki Haley, said that Pyongyang is “begging for war”. I doubt this.

We cannot discount conflict-through-miscalculation; internal propaganda teaches its citizens that America is the eternal enemy, on the cusp of attack – this has the double effect of justifying the vastly expensive nuclear programme, and portraying Kim Jong Un as the leader the country can trust to repel external threats.

Whatever we might think of their nuclear programme – illegal, threatening, apocalyptic – we must also try to understand why North Korea wants it and believes it needs it. That must be the starting point for any diplomatic progress – not tweeted threats.

Like any politician, Kim Jong Un acts and speaks in a way that is favourable to his domestic audience, but like any dictator, his first and only concern is for his own survival. North Korea’s entire 69-year history, created by his father and grandfather, is built on a desperation to survive at all costs.

War with the United States would end that, so why beg for it?

Sky Views is a series of comment pieces by Sky News editors and correspondents, published every morning.