RANCHO TEHAMA RESERVE, Calif. — A judge had barred the Northern California man who went on a deadly shooting rampage from having guns after he was charged with stabbing a neighbor earlier this year.

Tehama County sheriff’s officials say Kevin Neal killed four people in a shooting rampage across seven locations Tuesday, including an elementary school where children were wounded. Officials said Wednesday Neal had also killed his wife the day before the deadly shootings and concealed her body underneath the floorboards of their Rancho Tehama Reserve home.

Sheriff’s officials believe her slaying was the start of the rampage, during which Neal shot two of his neighbors in an apparent act of revenge before he went looking for random victims. 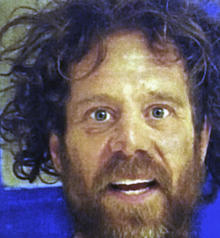 Photo provided by the Tehama County Sheriff’s Office shows Kevin Janson Neal, the gunman behind a rampage in Northern California.

The court records show a judge ordering Neal to stay away from the woman who was stabbed and her mother-in-law on Feb. 28. As part of that protective order, Neal was barred from having guns.

Yet Neal, free on bail, was able to use a semi-automatic rifle and two handguns Tuesday to shoot 13 people, before he died in the shootout with police.

Court records also show that Neal was charged with illegally firing a weapon and possessing an illegal assault rifle during the Jan. 31 incident. The 44-year-old was charged with five felonies and two misdemeanors.

Neal’s mother told the Associated Press she posted the $160,000 bail for him and had spent over $10,000 on lawyer’s fees. Neal had been involved in a long-running dispute with his neighbors, the woman said.

The mother — who spoke on the condition she be named only as Anne because she fears for her safety — said her son told her the neighbor was slightly cut after Neal grabbed a steak knife out of the hand of the neighbor who was threatening him with it.

An attorney who used to represent Neal told the Associated Press he was fired several weeks ago after his client began displaying “bizarre behavior.”

Attorney Leo Barone says the behavior of Kevin Neal wasn’t violent but strange enough to stand out. He declined to discuss details.

Barone says he first represented Neal several years ago in a road-rage case that prosecutors dropped before it went to trial.

Barone also represented Neal in February in the stabbing case. The attorney said Neal should have been unable to legally purchase guns because of the court order.

Neighbors, however, had complained about him firing hundreds of rounds from his house. Cristal Caravez and her father live across a ravine from the roadway where the gunman and his first victims lived.

She said they and others heard constant gunfire from the area of the gunman’s house, but couldn’t say for sure it was him firing.

“You could hear the yelling. He’d go off the hinges,” she said. The shooting “would be during the day, during the night, I mean, it didn’t matter.”

“The sheriff wouldn’t do anything about it,” Juan Caravez said.

“Every time we responded, we would try to make contact with Mr. Neal,” Johnston said. “He was not law enforcement friendly. He would not come to the door. His house was arranged in a manner where we couldn’t detect him being there.”

He says Neal had two homemade semi-automatic weapons and two handguns registered in someone else’s name.

The gunman’s sister, Sheridan Orr, said her brother had struggled with mental illness throughout his life and at times had a violent temper.

She said Neal had “no business” owning firearms.