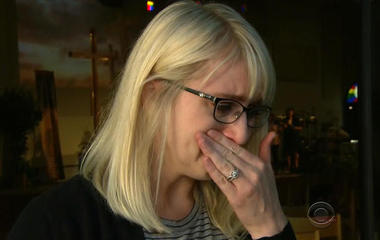 According to Lombardo, Jesus Campos went to Paddock’s floor to investigate an open door alarm — which was not in Paddock’s room — just before the shooting unfolded. Investigators believe Paddock saw Campos on his security camera system. Paddock fired at Campos six minutes before he turned his rifle on the outdoor crowd, killing 58 people and wounding more than 450 others. Campos then radioed for police, who accosted Paddock in his hotel room where he committed suicide.

Further investigation revealed Paddock did some drilling on his doorway, but was unable to complete the task. Lombardo believes he did so to place a camera or rifle in the doorway.

Vegas still searching for answers a week after shooting

Survivors of the Las Vegas shooting are still coming to terms with the devastation they experienced last week. Meanwhile, investigators are still…

Police are continuing to search for clues to answer one of the burning questions that remains an unsolved mystery in the Las Vegas shooting massacre investigation — what motivated Paddock, 64, to carry out the deadliest mass shooting in modern U.S. history.

During a press conference held on Monday evening, Lombardo said investigators have not been able to hone in on any one particular event that might have caused Paddock to open fire on the crowd.

“Every piece of information we get is one more piece of the puzzle in this case,” Lombardo said. “We want to figure out the why to this, and we’d like to know the motive. That’s our most important goal. To prevent any other action.” 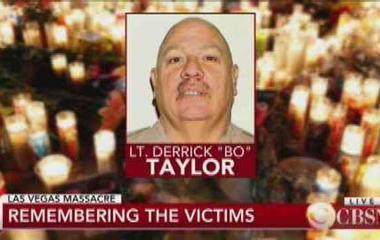 A look at lives lost in the Las Vegas shooting

58 people were killed Sunday night in the mass shooting at a concert in Las Vegas. CBSN’s Vladimir Duthiers takes a moment to honor the victims b…

Police say they remain in contact with Paddock’s brother, along with other family members, and his girlfriend, Marilou Danley, regarding discussions about the gunman’s behavior. Lombardo says a “comprehensive picture” is being drawn to show Paddock’s mental state.

During the press conference, Lombardo expressed frustration over the speed of the investigation, blaming Paddock’s actions by saying he “purposefully hid his actions leading up to the event.”

“We believe he decided to take the lives he did, and he had a very purposeful plan that he carried out,” Lombardo said.

According to Lombardo, there has been no evidence that the shooter had a link to any terrorist organizations or ideologies. Detectives have not uncovered evidence that shows there was a second shooter involved in the attack.

Police have begun to collect property that belongs to concertgoers and victims of the shooting.

Authorities anticipate being at the site of the scene for at least another week.