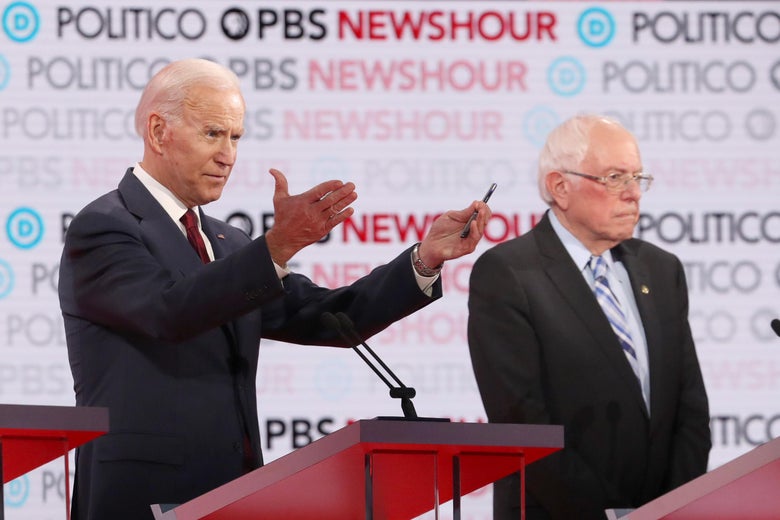 Two recent polls show how the race to become the Democratic nominee for president remains decidedly split in Iowa, while black voters across the country have a clear preference. In Iowa, likely caucusgoers continue to be pretty evenly split among four candidates, although there has been some significant shifts among the top tier contenders. Sen. Bernie Sanders has gained ground in Iowa to lead the pack with 20 percent, which marks a five-point jump from November, according to the latest Des Moines Register/Mediacom/CNN poll. The rest of the top three candidates are in a statistical tie behind him.

Below the top four is Minnesota Sen. Amy Klobuchar, who stands at 6 percent and businessman Andrew Yang with 5 percent. The rest of the field don’t cross the three-percent threshold. Even though caucus day is less than a month away the poll suggests things could still move quite a bit. One-in-eight caucusgoers say they still don’t have a first choice candidate, and around 45 percent of those who picked a contender said they could be convinced to support someone else.

While the race is decidedly split in Iowa, among black voters, the Democratic contest has a clear winner. And it isn’t even close. According to a Washington Post-Ipsos poll released Saturday, 48 percent of Democratic-leaning black voters support Biden, in part due to his time as former President Barack Obama’s vice president. Sanders comes in second place with 20 percent, while Warren is in a distant third place with nine percent. The one exception to Biden’s dominant position with black Democratic voters is among those under 35. In the age range of 18 to 34, Sanders has a clear lead with 42 percent compared to Biden’s 30 percent.
The age divide is stark though as Sanders’ support plunges to 16 percent among black Democrats aged 35 to 49.

Readers like you make our work possible. Help us continue to provide the reporting, commentary and criticism you won’t find anywhere else.