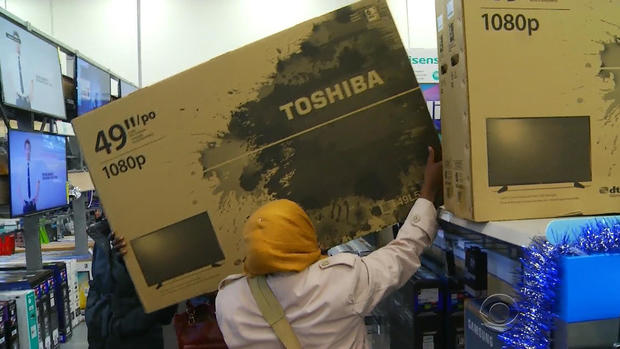 NEW YORK —  On this Black Friday, retailers have high hopes for the holiday shopping season.

One hundred and sixty-four million Americans are expected to shop online or in stores this weekend, up from 154 million last year.

There was the usual frenzy, but in some places, Black Friday was relatively calm.

“This is a thousand times better,” said one shopper.

Retailers are better organized and smarter about launching their holiday shopping season. That began with jump-starting the traditional holiday experience, a day ahead of schedule.

One shopper said she had been waiting in line “all night” at a mall in Secaucus, New Jersey. “We got here at almost one in the morning,” she said.

Longer lines in the stores show that plenty of shoppers are eager. 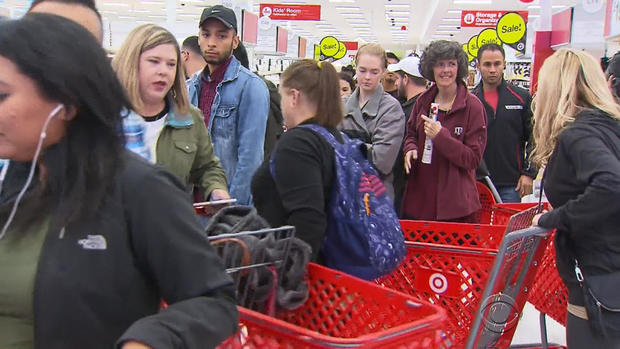 Lines at Target on Black Friday.

Charisse Jones is a national business correspondent for USA Today, and says the demise of Black Friday is not necessarily on the horizon.

“They’ve been talking about the death of Black Friday for about 10 years and I don’t think it’s going to go completely away,” Jones said. “But most sales still happen in stores. Eighty to 90 percent of all sales happen at a brick-and-mortar store front, so it’s going to be a while before Black Friday completely disappears.”

Bargain hunters are not only hitting the stores — they are letting their fingers do the shopping. 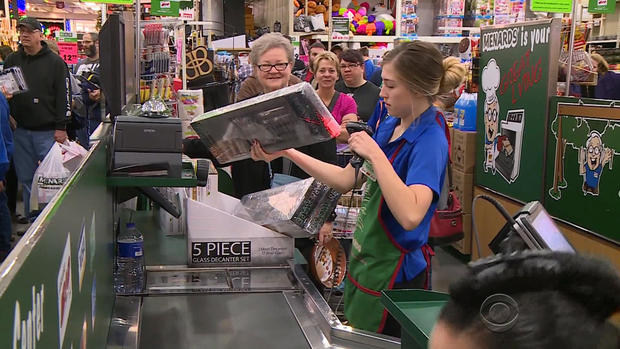 At the close of Thanksgiving night, consumers had spent $2.87 billion online, an 18 percent increase from the year before.

“About $1.4 trillion is going to be spent by consumers, so retailers are prepared to clean up, they’re rolling out the experiences and the events to get folks in-store,” Jones said. “And they are really going to try to get their share of the bounty.”

There’s actually science backing these Black Friday crowds. In fact, one MIT professor who studies behavior found that people actually enjoy this one-day convenience for the thrill of beating out the competition and finding the best bargain.