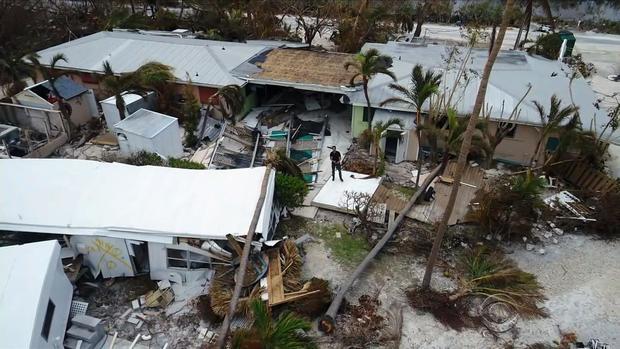 BIG PINE KEY, Florida — One week after Hurricane Irma slammed Florida,  residents of the hard-hit southern Keys are returning to their homes this weekend to see the devastation. Authorities will open up the entire chain of islands to residents Sunday morning.

The deeper south you drive into the Florida Keys, the worse Irma’s destruction gets.

You’ll find a slice of the state worlds away from Naples and Miami, which held up much better.

Officials on the ground say it could take at least one week before the Keys is reconnected with that world. Power, water and cell service are still spotty.

Some people are describing it as “Lord of the Flies” here.

The destruction in the Florida Keys from Hurricane Irma, one week after it hit.

“You just described it,” said Monroe County Commissioner David Rice. “If you can imagine the kind of heat we have had — mildew, damp, no water, no electricty, get by on your own or … that’s it.” 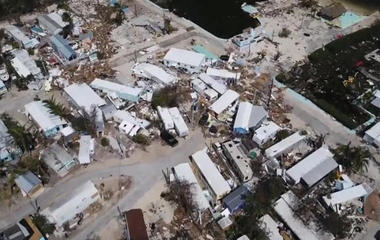 The wait will soon be over for evacuated residents of the hard-hit Florida Keys. One week after taking a direct hit from Hurricane Irma, official…

But some people won’t have anything to return to. Twenty-five percent of homes were destroyed when the storm ripped through and many more were heavily damaged. Officials say it could take several years to rebuild.

For now, the Keys feel like no man’s land.

FEMA has set up temporary shelters for residents who come home to nothing, and for the workers who will help them rebuild.

About 10 percent of residents in the Lower Keys chose to ride the storm in their homes. On Saturday, there are crews out on these streets searching for those who are still missing.