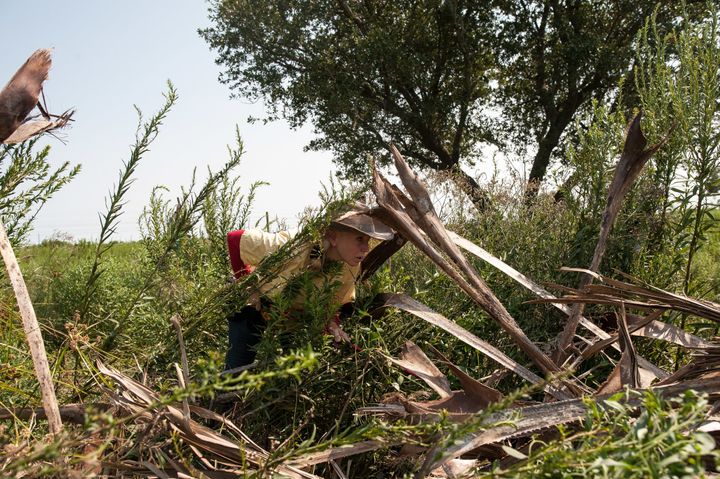 UPDATE: 11:08 p.m. ― Steve McDowell, the ex-husband of realtor Crystal McDowell, was arrested and charged with murder on Saturday in connection with her death.

Sheriff Brian Hawthorne told the Houston Chronicle that authorities arrested the 44-year-old man based on circumstantial evidence and interviews with his ex-wife’s friends and family, as well as a “very forthcoming” interview with the suspect.

Crystal McDowell’s body was located earlier on Saturday, according to Texas EquuSearch, which did not release any additional details.

BAY TOWN, Texas ― Dozens of members of Texas EquuSearch, many of whom are still reeling from the effects of Hurricane Harvey, gathered in south Texas this week to search for missing realtor Crystal McDowell.

“Several of our people have water in their homes or they are nearly destroyed, and they left what they were doing to come out here,” Texas EquuSearch founder and director Tim Miller told HuffPost on Wednesday. “We have about 100 people out here ― ground searchers, ATVs, drones, boats and the list goes on.”

McDowell, a 37-year-old mother of two from Bay Town, was last seen on the morning of Aug. 25 ― the day before Harvey ravaged the area. She was captured on video leaving her boyfriend’s house and was reportedly on her way to pick up her children from her ex-husband, Steven McDowell. The Chambers County Sheriff’s Office has said it does not believe the missing woman was a victim of the storm. Authorities suspect foul play in her disappearance, but have yet to name any suspects or persons of interest.

McDowell’s black C-class Mercedes was found on Aug. 27, submerged in water at a Motel 6 in Mont Belvieu. Authorities said they suspected it had been parked there prior to the storm.

About two dozen members of the Army National Guard joined EquuSearch, making their way through thick underbrush along West Bay Road in Bay Town, north of Highway 99. Searchers focused on the Cedar Bayou and surrounding areas.

“Information came in on the investigation that [authorities] want this area searched,” Miller said. “We’re going where they want us to go and we’re spreading out from there.”

Volunteers spent about 12 hours searching for McDowell on Wednesday and were back at it on Thursday morning.

“We flew this area with two different kinds of aircraft,” said Gene Robinson of Drone Pilot, Inc. “We used high-resolution cameras, and when we came across things we had no way of identifying, we sent in ground crews with GPS coordinates.”

Searches are ongoing this weekend.

Miller coordinated the search efforts just days after rescuing members of his family who were trapped in a Dickinson attic with rapidly rising water.

“My granddaughter calls and she’s panicked,” Miller told HuffPost of receiving a call from Natalie Weir, 28.

“Grandpa, we’re in the attic,” he recalled her saying. “We called 911 and they can’t even tell us when they’re going to get us. We’ve got so much water down the stairs and they told us don’t go down the stairs because the electric is still on, so you don’t want to take a chance on getting electrocuted.”

Two of Miller’s other grandchildren, a 1-year-old great-granddaughter, Miller’s ex-wife and a dog were also trapped. Miller, who had 4 feet of water in his own driveway, managed to get his boat running, and headed over to the house where his family was trapped.

“At that point in time I was really fearing that I lost the remainder of my family,” he said. Luckily, he and Texas EquuSearch member Oden “Odie” Walder were able to get everyone out safely.

Miller said he’s grateful his loved ones are safe, and that his heart now goes out to McDowell’s family.

“We certainly feel the worst has happened and the sooner we find her the better chance there will be evidence for law enforcement to move forward with the investigation,” he said. “The biggest issue here is that she went missing before the storm got here. So, did she float into an isolated area that’s more difficult to get to? That’s the challenge, but hopefully we can bring some closure to this case.”

Crystal McDowell is described as 5-foot-4 and about 110 pounds. She has blonde hair and green eyes. She was last seen wearing a pink and purple dress. Her family is offering a $10,000 reward for information on her whereabouts.

Anyone with information is asked to contact the Chambers County Sheriff’s Office at 409-267-2500.

If you’d like to support Texas EquuSearch, you can donate online.