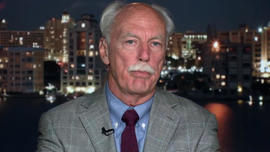 The opioid crisis that has swept across America continues to be a critical issue, and although there are more than 14,000 facilities around the country dedicated to treating addiction, a group of public health experts say there is a “central flaw” in how addiction is treated and are calling for a change.

CBSN spoke to two individuals leading the task force urging a new approach: Tom McLellan, former deputy drug czar under the Obama administration and founder/chairman of the Treatment Research Institute, and Gary Mendell, founder and CEO of Shatterproof, a national nonprofit dedicated to stopping the devastating effects families feel from those with addiction.

McLellan and Mendell on Wednesday released a set of eight recommendations for treating substance abuse called the “National Principles of Care.”

Last month, President Trump declared the devastating opioid epidemic sweeping the county a public health emergency. In a press conference Oct. 26, he called the problem a “national shame” and a “human tragedy.”

Drug overdose deaths in the United States have more than doubled over the past decade. According to the Centers for Disease Control and Prevention, 188,000 people have died from opioid overdoses from 1999 to 2015.

McLellan told CBSN that addiction treatment should address the fundamental flaw of how one conceptualizes addiction.

“When you imagine addiction is something that happens to very few people that have underlying character flaws or personality disorders, then the kind of treatment you provide is not medical, is not covered by the same kind of insurance that the rest of medicine is covered … that you treat it differently,” McLellan said. “But now what the science shows — without question — is it is a brain disease. The use of alcohol and other drugs at high doses — regularly — produces changes in the brain that give you the characteristics of addiction. Compulsion. The ability to stop. The loss of interest of things you used to hold dear.” 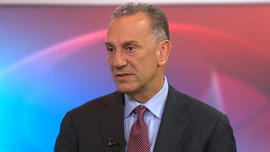 Mendell, who lost his son to addiction in 2011, told CBSN that “statistics show 10 kids will go into the woods and try beer and pot … nine it will be fine and one will become addicted just the way it connects to their brain.”

“Once it connects, regions of your brain change and it makes it really difficult for that person to control urges and makes them incapable of making a decision and following through with it,” Mendell said. “Just like someone who has diabetes, incapable of producing enough insulin … and some 25 million people in this country are looked at like the bad person … the bad kid … and that obviously makes it that much worse.”

McLellan says that rethinking how one thinks about addiction could be the key to conquering it — along with the principles they shared.

“Addiction was always thought as a personality disorder or a character disorder,” McLellan explained. “In the mid-70s, when returning war veterans came back with opioid addiction problems, it was simply impossible to incarcerate or stigmatize those people. So they created a purposely separate system of 15,000 addiction programs … separated from the rest of medicine: Financially, geographically and culturally. It was never part of health care because it was never thought to be part of health care. I don’t fault anybody for that — the science wasn’t there. Well, now it is.”

“It’s important to say that the principles that we’re talking about … these derive from the surgeon general’s report on facing addiction … reviewed by hundreds of experts, agreed to by all five federal agencies responsible,” he added. “They call for recognition of the new science that this is a brain disease that manifests in terrible behavioral problems.”

There is hope, McLellan stressed: “It is preventable … you can intervene early before the brain changes occur … it’s cheap to treat … but once it occurs you need enduring, continuing, individualized care and monitoring. Recovery is an expectable result.”

Mendell said, however, the Trump administration’s announcement  a couple weeks ago hasn’t sparked much change.

“It’s definitely a step in the right direction,” he says, “But there was really no tactical business plan … here are the 10 things we are going to do … here’s the date we’re going to get them done by … it lacked substance.”

For more of the conversation with McLellan and Mendell, watch the video in the player above.