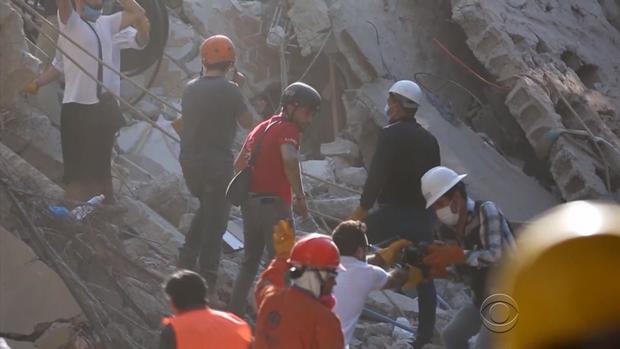 MEXICO CITY — The death toll continues to rise in central Mexico after it was hit Tuesday by a magnitude 7.1 earthquake.

At least 230 people were killed. But there are also incredible stories of survival.

After the anguish of waiting and uncertainty, a boy and girl were pulled alive from a crack in the wall of a collapsed school. But rescuers fear more may still be trapped more than 24 hours after the earthquake struck, killing 25 at the school — the majority children.

Rescuers search for survivors after the deadly earthquake.

The area surrounding the school has become a hub of activity, where people are donating food and water donated for rescuers and anxious parents. But every now and then, people raise their fists. This means silence because rescuers are listening for any sounds coming from the rubble.

“They were making noise with metal — with coins — so that the volunteers rescue could hear that noise,” Osorio said. 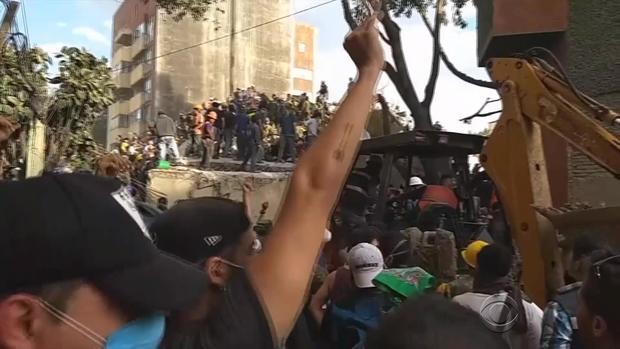 First responders call for silence in the crowd while searching for survivors in a collapsed building.

They used coins to hit metal, hoping the rescuers could hear it “on the other side of the wall,” he said.

First responders’ work has been at times frantic, at times painstaking — removing bricks and rubble by hand to avoid collapsing additional debris from the nearly 40 buildings that collapsed. They have formed bucket brigades and worked shoulder to shoulder with hundreds of volunteers.

Outside a collapsed building, we found Marta Laura praying with her rosary. Her husband started work at the building as an engineer just this week. 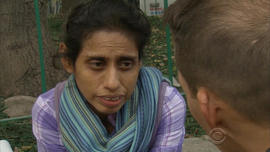 She shook her head when asked if she had heard anything.

She said the last thing that you give up is faith that he will be alive — for her children.

Despite the destruction so far, more than 50 people have been pulled alive from the rubble. But conditions are hazardous — there are gas leaks, which also permeate the air.