“No Duke. No K-K-K, no fascist USA,” they chanted, along with “Let us in! Let us in!” when they were denied entry.

As the debate began inside, protesters began to push through the glass door of the auditorium. Police used pepper spray on them and some of the protesters directed pepper spray at the police, but no arrests were reported.

“We’re standing outside while (Duke) is inside under the protection of your (university) president,” said Malcolm Suber, one of the organizers of a group advocating for the removal of Civil War statues in New Orleans. “Your administration let the white devil on your campus.”

Dillard President Walter Kimbrough said in an interview earlier in the day the university wasn’t in the business of suppressing free speech, “even when we don’t agree with it.” Media members were also barred from the auditorium by organizer Raycom Media. USA TODAY Network of Louisiana — which includes the (Monroe, La.) News-Star — as well as other media companies, protested the sequestration of the media in a room separate from the auditorium.

Despite a consensus that Duke, running as a Republican, has no chance of winning the race, other candidates also focused their attention on the white supremacist.

Democrat Caroline Fayard called him a “snake,” and fellow Democrat Foster Campbell attacked Fayard for an ad linking Campbell and Duke that has been roundly criticized. On Wednesday, Democratic Gov. John Bel Edwards called the ad “wrong and irresponsible.”

“It’s a damn lie,” Campbell told her on stage.

Fayard doubled down. “Nothing in that ad is untrue,” she said.

Front-running Republican state Treasurer John Kennedy called Duke “a convicted liar and a convicted felon” for tax evasion. “It must be terrible to wake up with that much hate in your heart,” Kennedy said to Duke.

Duke hijacked the stage for about five minutes after that, sometimes screaming at the moderator, who he called a “typical media hack,” for cutting him off.

But some attacks were saved for the conventional candidates, especially aimed at Kennedy. “If you were my chief financial officer, you would have been fired a long time ago,” Republican Rep. John Fleming said to Kennedy, claiming the treasurer was responsible for turning a state surplus into a deficit, among other accusations.

“John is the ultimate Washington insider,” Kennedy said. “Everything he said is a lie.”

As the debate continued, the protesters moved to other entrances, trying unsuccessfully to press their way into the building.

“We want to be heard,” said Dillard student Faith Flugence, a junior.

Duke was the only one to acknowledge the protesters during the debate.

“There was a demonstration by Black Lives Matter because I stand up for you,” he said. “I defend you.”

After the debate, about two dozen protesters locked arms in an attempt to block Duke’s exit. Police shoved them aside to permit one police SUV through. It is unknown who was in the vehicle. 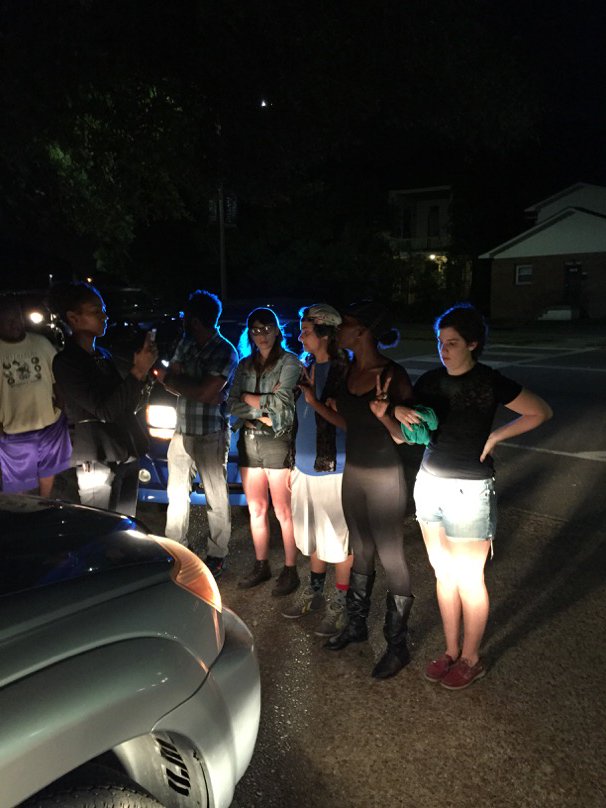 Afterward, Rep. Charles Boustany, R-La., said he was disappointed by the debate. “I’m not sure what was accomplished,” he said. “We need to send an adult to Senate.”

Greg Hilburn covers state politics for the USA TODAY Network of Louisiana. Follow him on Twitter:@GregHilburn1