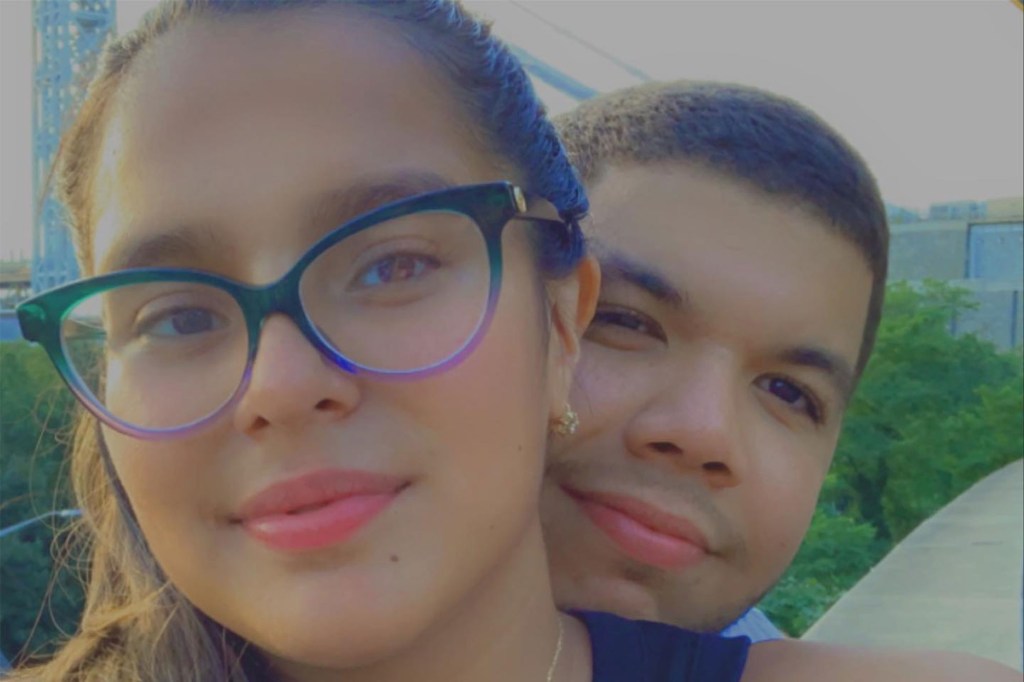 The widow of slain NYPD cop Jason Rivera posted a new moving Instagram message on the day of his wake at St. Patrick’s Cathedral.

“This is probably the heaviest my heart has ever felt,” Dominique Rivera wrote Thursday. “Mi media naranja (my half-orange), like my mother in law used to call him, left me feeling so empty.

“I love you so much mi pollito in heaven,” she said. “See you later.”

“Pollito” is Spanish for chick or little chicken.

The post includes a photo of the grieving widow kissing Rivera on the cheek.

The couple married in October.

“Eternal love,” she wrote in another post. “Live through me.”

Rivera, 22, was being mourned at St. Patrick’s on Thursday, with thousands — most of them first responders — paying their respects at his wake.

Dominique Rivera is due to deliver one of the eulogies at the young cop’s funeral Friday at the historic Midtown church.

She shared her thoughts on Instagram on Sunday, calling her husband “my beautiful angel,” and bemoaning the five days they were to spend together before his death.

She revealed how the two were high school sweethearts and had known each other since childhood.

Rivera and his partner, Wilbert Mora, 27, were responding to a domestic disturbance call in Harlem last Friday when career criminal Lashawn McNeil ambushed the two cops.

Rivera died that night while Mora clung to life until he was declared dead Tuesday — but not until his donated organs saved the lives of five others, officials said.

A funeral service for Mora at St. Patrick’s is scheduled for next week.

McNeil was shot and mortally wounded by a third officer at the scene.