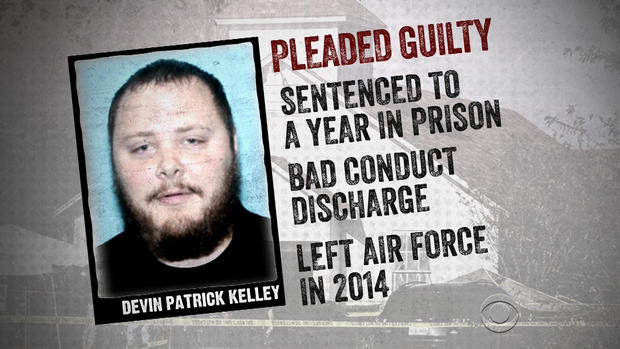 PENTAGON — Another mass shooting rocked America when a gunman opened fire Sunday inside a church in the small town of Sutherland Springs, Texas. At least 26 were killed and 20 were injured.

CBS News has confirmed that a mistake by the U.S. Air Force may have allowed the gunman, 26-year-old Devin Patrick Kelley, to buy his weapons.

He bought at least two guns after passing background checks, despite receiving a bad conduct discharge from the U.S. Air Force. That discharge should have prevented him from making firearm purchases.

The Air Force admitted Monday that its Office of Special Investigations apparently failed to report Kelley’s name to the National Criminal Information Center after he pleaded guilty to two counts of domestic violence in 2013.

Because his name did not appear in the database, Kelley was able to walk into a gun shop in San Antonio last year and buy the semiautomatic rifle police have identified as the weapon used to kill 26 people. 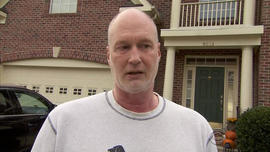 “What he was convicted of should have stopped him from getting a gun,” Christensen said. “He should not have had a gun because one, the maximum punishment was more than a year; and two, it involved domestic violence.”

Air Force documents show Kelley pleaded guilty to hitting, choking, kicking and pulling the hair of his then-wife. He also pleaded guilty to assaulting his step son “by striking him on the head and body with a force likely to produce death or grievous bodily harm.”

Five other counts of domestic violence, including pointing a loaded gun at his wife, were withdrawn as part of his guilty plea. He was sentenced to a year in prison and a bad conduct discharge, leaving the Air Force after he got out in 2014.

The Air Force said Monday that it will launch an investigation into how it handled Kelley’s criminal records.

“Initial information indicates that Kelley’s domestic violence offense was not entered into the National Criminal Information Center database by the Holloman Air Force Base Office of Special Investigations,” the Air Force said Sunday in a statement. “The Service will also conduct a comprehensive review of Air Force databases to ensure records in other cases have been reported correctly.”