Officials who have spoken to CNN have cautioned that as the investigation continues, new information is likely to emerge and their understanding of what happened could change.
The Pentagon is still looking at the exact circumstances of how and when Johnson became separated from the 12-member team as they were ambushed by 50 ISIS fighters but is emphasizing that the search for Johnson began immediately and dozens of US forces were quickly moved to Niger’s capital Niamey to be ready to go into the field, which some did.
Joint Staff Director Lt. Gen. Kenneth F. McKenzie told reporters on Thursday that US, French and Nigerien forces “never left the battlefield” until Johnson was found. 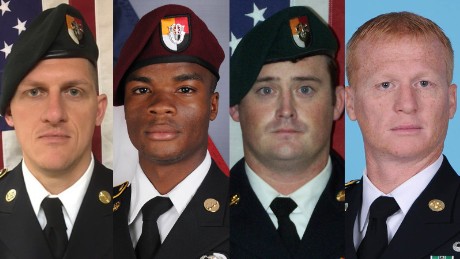 The entire Green Beret-led team has been interviewed about when they last saw Johnson, officials said.
Johnson’s body was recovered in a remote area of the northwestern African country by Nigerien troops nearly 48 hours after he was discovered to be missing in the wake of the attack, according to US officials.
Details of what happened remain murky two weeks after the incident in Niger as investigators work to determine precisely what happened, a US official has told CNN.
Experts working for Africa Command are trying to establish an hour-by-hour timeline of what happened as part of a comprehensive investigation that includes all the military branches and elements of US intelligence agencies that were involved in the mission.
Several US officials are also now clarifying key points from initial reports of the ambush.
CNN previously reported that the French Mirage jets that arrived overhead within 30 minutes of the firefight to fly low passes in an attempt to disperse the attackers did not have permission to drop bombs.
But on Friday, US officials said that French jets did have authority to bomb but did not because pilots could not readily identify enemy forces in this firefight and did not want to risk hitting US and Nigerien troops. 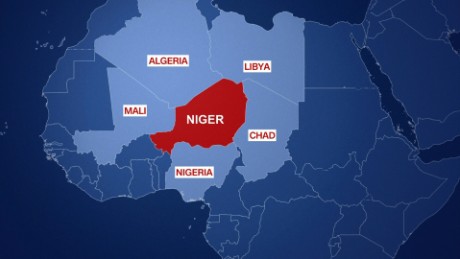 Officials also said Friday that some of the latest reporting indicates the ambush began when the troops were inside their unarmored vehicles following a meeting with local leaders, but they are trying to firm up that detail amid previously conflicting information regarding the location of the troops at the time of the attack.
The US-Nigerien team had stopped in a village so the Nigeriens could pick up supplies — including food and water — then they had a meeting with village elders.
There have been reports that some type of tracking beacon was emitting a signal possibly from Johnson. On Friday, officials said this is a detail they are still trying to verify — it could have been one of the vehicles tracking devices that was emitting the signal.