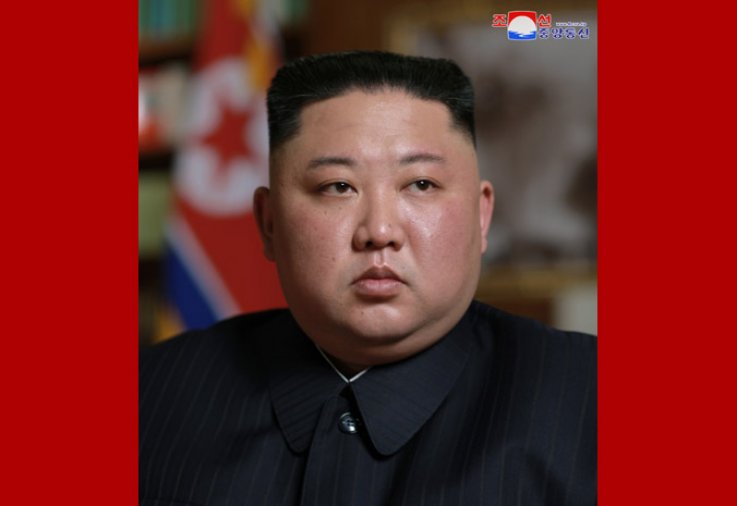 North Korean supreme leader Kim Jong Un has officially been named head of state after a constitutional amendment granted him a title that previously served a mostly nominal function.

A new version of North Korea’s constitution was posted to the state-run Naenara website featuring revisions made during the first session of the 14th Supreme People’s Assembly in April. For the first time, Article 100 states that Kim Jong Un’s official position—chairman of the State Affairs Commission—is not only “supreme leader” but also “represents the nation,” a function once ascribed to the president of the Presidium of the Supreme People’s Assembly.

Kim Jong Un has already wielded absolute authority in his country since succeeding his late father as supreme leader at the end of 2011, but the latest move essentially formalizes his leading role in diplomatic affairs following more than a year of historic top-level meetings with the leaders of China, South Korea, the United States and Russia.

All four countries have sought North Korea’s denuclearization in exchange for peace in the region and, since April, their presidents have all had encounters with Kim Jong Un, who was for the first time acting in the same official capacity as them—the latest potential sign he was seeking a more internationally-traditional style of rule.

North Korean supreme leader Kim Jong Un is seen in an image shared by the Korean Central News Agency upon his re-election as chairman of the State Affairs Commission at the first session of the 14th Supreme People’s Assembly in Pyongyang, April 12. In addition to being supreme leader, the title also carried the duties of representing the country abroad. Korean Central News Agency

The latest parliamentary gathering saw the incumbent Kim Jong Un unanimously re-elected supreme leader, as well as the appointment of State Affairs Commission Vice Chairman Choe Ryong Hae to what was once the nominal head of state. Choe—who is also the director of the influential Organization and Guidance Department, responsible for enforcing the Korean Workers’ Party’s policies—replaced Kim Yong Nam, a former foreign minister who served as president of the Presidium of the Supreme People’s Assembly since the job’s creation under Kim Jong Un’s father, late supreme leader Kim Jong Il, in 1998.

Kim Jong Un has already been known to shake things up in one of the world’s most rigid political systems. In the leadup to the April session, North Korea held parliamentary elections in March and, though the ruling Korean Workers’ Party won a landslide 99.99 percent of the vote, Kim Jong Un’s name was absent from the ballot, an unprecedented move that meant he was not seeking to concurrently sit in parliament and preside as supreme leader.

Instead, his younger sister Kim Yo Jong, won a seat, furthering longstanding speculation that she was growing more influential in North Korea.

Kim Yo Jong and Kim Jong Un were among three siblings born to the same mother and Kim Jong Il. He was believed to have both younger and older children from different women, who, unlike Kim Jong Un’s wife, Ri Sol Ju, never received much spotlight. With the exception of older half-brother Kim Jong Nam—who was assassinated in Malaysia’s international airport in a February 2017 operation many have blamed on North Korea—Kim Jong Un’s other siblings have also maintained a relatively low profile, but Kim Yo Jong has been seen as somewhat of a rising star.

Following a series of successive appointments to high-level positions, Kim Yo Jong accompanied Kim Jong Un during February’s second U.S.-North Korea summit in Vietnam and was most recently seen seated just four spots away from her brother at a ceremony Monday marking the death of their grandfather and North Korea’s founder Kim Il Sung. The event took place just over a week after Kim had his third and latest encounter with President Donald Trump. 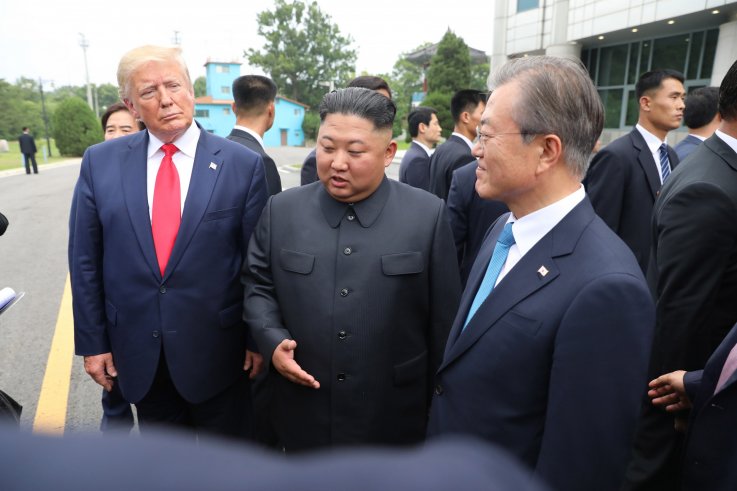 After their appearance at the G-20 summit in Japan, Trump and South Korean President Moon Jae-in made a hastily-organized journey to the heavily-fortified border between the two Koreas, where Kim Jong Un arrived from the opposite side. Trump, already the first sitting U.S. president to meet a North Korean supreme leader, then made history again by being the first in his position to step into North Korea after briefly crossing the boundary.

The two men failed to come to any agreement during their Vietnam talks, but have maintained public trust in one another and these sentiments were on full display during their meeting at the demilitarized zone. Joined by Moon, Trump and Kim Jong Un vowed to continue striving for peace.

While Kim Jong Un maintained denials in the face of international accusations of human rights abuses and has continued to warn he was prepared to defend his country with nuclear force, North Korea’s youngest leader—once the youngest in the world—has sought to reshape his image both at home and abroad. His warm meetings with Trump may be paying off too as the U.S. appeared to shift away from its unconditional denuclearization-first stance on what it would take to lift sanctions against North Korea and toward a step-by-step process.

Speaking to reporters Tuesday, State Department spokesperson Morgan Ortagus said that, simply freezing the production of nuclear weapons “would never be the end of a process,” it “would be at the beginning.”