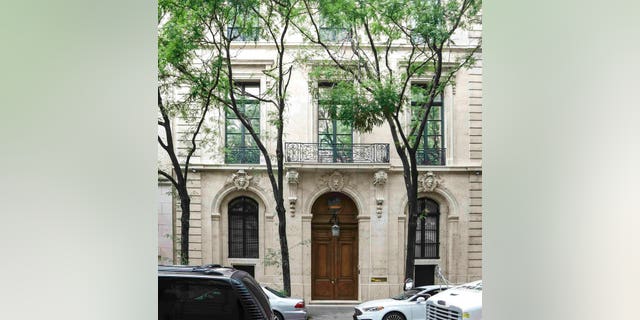 Attorneys for Jeffrey Epstein asked a Manhattan federal judge Thursday to allow the financier to await trial on sex trafficking and conspiracy charges from the comforts and confines of his own home, offering up his multi-million dollar Manhattan mansion and his private jet as collateral in a bail package worth up to $77 million.

In their argument for bail, Epstein’s defense team claimed that their client had long feared that federal prosecutors might pursue sexual abuse charges against him to due to “the toxic political climate … yet [Epstein] continually returned home from travel abroad, fully prepared to vindicate his rights under the agreement and otherwise mount a full-throated defense.”

Prosecutors claim Epstein, 66, paid underage girls — some as young as 14 years old — hundreds of dollars in cash for massages before molesting them at his homes in New York and  Palm Beach, Fla. from 2002 through 2005. He was arrested Saturday at Teterboro Airport in New Jersey after he arrived on a flight from Paris.

Jeffrey Epstein’s townhouse on the Upper East Side of Manhattan. (AP Photo/Bebeto Matthews)

During a raid of the residence conducted by the FBI and NYPD after Epstein’s arrest Saturday, authorities said they found a trove of pornographic material featuring underage girls in a locked safe. Reports compiled by New York magazine suggest a house filled with oddities including a life-like human doll dangling from a chandelier and a human-sized chessboard with scantily clad figurines modeled after his employees.

Epstein’s lawyers said their client, a Level 3 registered sex offender, would agree to have his location electronically monitored, surrender his passport, ground his jet and hire private security to monitor him and ensure that he did not abscond to avoid prosecution.

Prosecutors have argued that Epstein, who also owns a private island in the U.S. Virgin Islands, should remain in jail until his trial because he poses “an extraordinary risk of flight and danger.” They pointed to the wealthy businessman’s “nearly infinite means” and “tremendous incentives to use those means to flee prosecution,” after Epstein pleaded not guilty to charges that could put him away for up to 45 years. 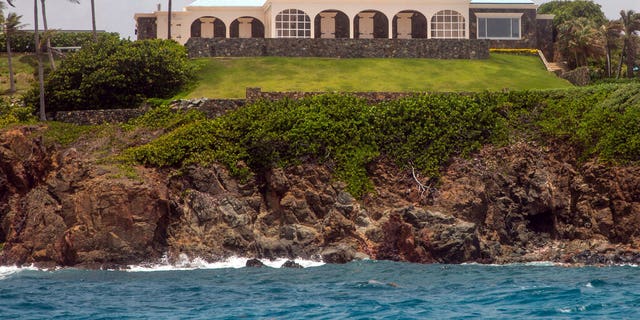 Epstein owns Little Saint James Island, in the U. S. Virgin Islands, where he keeps a residence. (AP Photo/Gianfranco Gaglione)

The New York Times reports that U.S. District Judge Richard M. Berman, who will preside over Epstein’s cases, refused a similar bail proposal by attorneys for a defendant in 2016 money-laundering case, saying it was “unreasonable because it helps to foster inequity and unequal treatment in favor of a very small cohort of criminal defendants who are extremely wealthy.”

Berman will decide whether or not to grant Epstein’s bail proposal in a hearing on Monday.