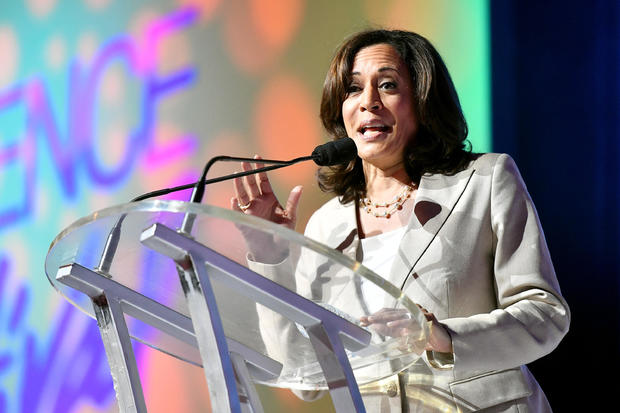 2020 Democratic hopeful Sen. Kamala Harris of California introduced an ambitious $100 billion plan to increase minority homeownership. She was one of five presidential candidates — and the only black woman — on Saturday to pitch herself at Essence Festival, a three-day event geared toward black women.

“So we must right that wrong and after generations of discrimination give black families a real shot at homeownership — historically one of the most powerful drivers of wealth in our country,” Harris told the crowd at the Essence festival.

Harris’ plan calls for $100 billion Housing and Urban Development (HUD) grant to provide homeowners or homebuyers who rent or live in historically red-lining communities, where minority home and business owners were largely blocked from accessing capital for investment, up to a $25,000 down payment in assistance and closing costs.

Harris was one of five 2020 Democratic candidates to speak at the festival, hosted by Essence Magazine. The three-day event is a celebration of black culture, music, style – it includes panels, workshops and this year will include “CBS This Morning” co-host Gayle King interviewing former first lady Michelle Obama.

The proposal would require a “guarantee,” or applicant, to have lived in a historically red-lined community that remains low-to-moderate income, for at least 10 years before they can qualify. The applicant must purchase a principal residence. Families applying cannot have an annual income of over $100,000 or $125,000 in high cost areas, according to the campaign – individuals cannot make over $50,000 or $75,000. The max grant is capped at either $25,000 or 20% of the loan value plus closing costs. There’s also a $300,000 cap on the home price.

Harris’ plan also proposes an amendment to the Fair Credit Reporting Act so that payments of rent, phone bills and utilities would also be included in credit scores. Current credit scores are mostly calculated by student loans, auto loans and mortgages. But Harris pointed to a 2010 Consumer Financial Protection Bureau study that says as of 2010, 26 million consumers in the U.S. were “credit indivisible.”

Her plan calls for a recalculation of debt and strengthening anti-discrimination lending laws.

Separately, she had previously proposed a tax cut called the LIFT Act that would provide a $500 tax cut