Authorities believe that the guard drew the attention of mass murderer Stephen Paddock away from the chaos below and toward the hallway outside his room.
The guard, Jesus Campos, was shot in the leg while checking on the alarm and according to a police-reported timeline, Paddock never fired on the crowd below again.
The alarm from a room “a number of doors down” from Paddock’s likely was a coincidence, McMahill told CNN’s “The Situation Room with Wolf Blitzer.” The door was not forced open, had been open for a while, and Paddock didn’t have the keys to that room. McMahill said that door either had been left open or didn’t shut completely.
Paddock took his own life, authorities have said, after killing 58 people and causing injury to about 500 more.
McMahill spoke to CNN after telling reporters at a news conference that investigators looking into Sunday’s massacre have found no known nexus to terror or connections to ISIS.
They have no credible information as to Paddock’s motive, despite more than 1,000 leads and tips, McMahill said at the news conference.
McMahill said authorities are confident there was not another shooter in Stephen Paddock’s room, but are still trying to determine whether anyone else knew of Paddock’s plans.
Other developments from the media briefing and McMahill’s interview with CNN:
— Authorities do not believe another person used Stephen Paddock’s room key at the Mandalay Bay hotel
— McMahill called Campos a “true hero.”
— Investigators have reviewed “voluminous amounts of video” from many different locations including Mandalay Bay and have not seen any other person they think at this point is another suspect.
— Asked about video on which Paddock might have discussed motive, McMahill said: “I am not aware that we have recovered any such video.”
— McMahill said police don’t know what the killer was going to do with 50 pounds of explosives that were found in his car.
— Paddock brought the guns and ammunition he had in his hotel suite over the course of several days, the undersheriff told CNN.
— The FBI said it was going to put up billboards around Las Vegas seeking witnesses and people who might have interacted with the gunman.
— Paddock’s girlfriend, Marilou Danley, continues to cooperate with investigators, her lawyer and McMahill each said Friday. Attorney Matthew Lombard said Danley wouldn’t be making any more public statements in the near future.

Paddock tried to buy tracer ammunition at a gun show in the Phoenix area in recent weeks, a law enforcement official briefed on the investigation tells CNN.
Paddock bought other ammunition at the show, but he couldn’t obtain the tracer ammunition — bullets with a pyrotechnic charge that, when the round is fired, leaves an illuminated trace of its path — because the vendor didn’t have any to sell, the official said.
Paddock did not use tracer bullets when he fired into the crowd at the Route 91 Harvest Festival from his suite on the 32nd floor of the Mandalay Bay hotel, hundreds of yards away.
The official explained that if Paddock had tracer ammunition, he could have had a more precise idea of where his shots were going in the darkness, and could have been more accurate.
Shooters wanting greater accuracy often mix tracer rounds with non-tracers — perhaps having one tracer every fifth round in a magazine, said Art Roderick, a CNN law enforcement analyst.
“It allows you to keep your weapon on not necessarily a specific target, but a specific area. … There would have been a lot higher casualty rate if he had tracer rounds,” said Roderick, a former assistant director of the US Marshals Service.
But tracer rounds also could have allowed police to see more quickly where Paddock was firing from, CNN law enforcement analyst James Gagliano said.
Without the tracer ammunition, Paddock’s location was difficult to determine from the outside, said Gagliano, a retired FBI supervisory special agent.
“The barrel of the rifle — we could not see muzzle flashes, from the angles I’ve seen on videos, which meant that he was … pulled back inside,” Gagliano said.
A source close to the investigation told CNN on Friday that authorities think Paddock might have fired at massive jet fuel tanks at McCarran airport near the Mandalay Bay before firing on the crowd at the concert.
At least 88 of the injured still were in Las Vegas-area hospitals on Friday morning, 37 of whom were in critical condition, representatives of the facilities said.

Did Paddock want to escape?

Five days after the mass shooting, authorities still are trying to determine the motivation of the retired accountant, who had no criminal record and did not raise any flags while purchasing an arsenal of weapons.
In addition to the 23 weapons in his hotel suite, Paddock had more than 50 pounds of exploding targets and 1,600 rounds of ammunition in his car in the hotel parking lot, police said, fueling suspicion that he intended to survive the massacre.
McMahill said several times Friday that there was no evidence yet that Paddock intended to use the target material for a homemade bomb.
Escape, in this case, might have meant using the equipment in the car for further assaults until he got caught, said John Sheahan, a former Las Vegas SWAT team member.
“There’s one of three ways it’s going to end for an active shooter, and they pretty much all know this. You’re either going to commit suicide; you’re going to … shoot it out with (police) and you’re going to be killed; or you’re going to continue on a preplanned rampage at locations b, c, d and e until the police finally stop you,” Sheahan said.
“He rented the room in his own name. He’s already on video coming in and out. We know who he is. He’s going to be the most wanted man in the world if he does try to leave here,” he added.

There was initial speculation that Paddock had outside help in perpetrating the shooting spree, but authorities now say there is nothing to suggest he had assistance.
Law enforcement officials briefed on the investigation told CNN they have seen no indication so far that Paddock had an accomplice or that anyone was aware of his attack planning.
McMahill told CNN: “We didn’t see anything that caused us to have concern that another individual would have been with him during (his time in the hotel).”
Lombardo, the sheriff, had previously expressed skepticism that the gunman carried out his plan by himself.
“Do you think this was all accomplished on his own? You’ve got to make the assumption he had to have some help at some point,” he said.
As the investigation grinds on, Las Vegas Metropolitan Police Department officers led the funeral of LVMPD officer Charleston Hartfield Thursday, who was among those gunned down at the Route 91 Harvest Festival country music event.
His body was escorted to Palm Downtown Mortuary and Cemetery, and a memorial was held for the slain police officer at Police Memorial Park in the northwest of the city — one of several vigils in Las Vegas on Thursday evening.

In the wake of the deadly attack, the Eastside Cannary Casino Gun Show that was expected to be held in Las Vegas this weekend has been canceled, David Strow of Boyd Gaming Corporation tells CNN. 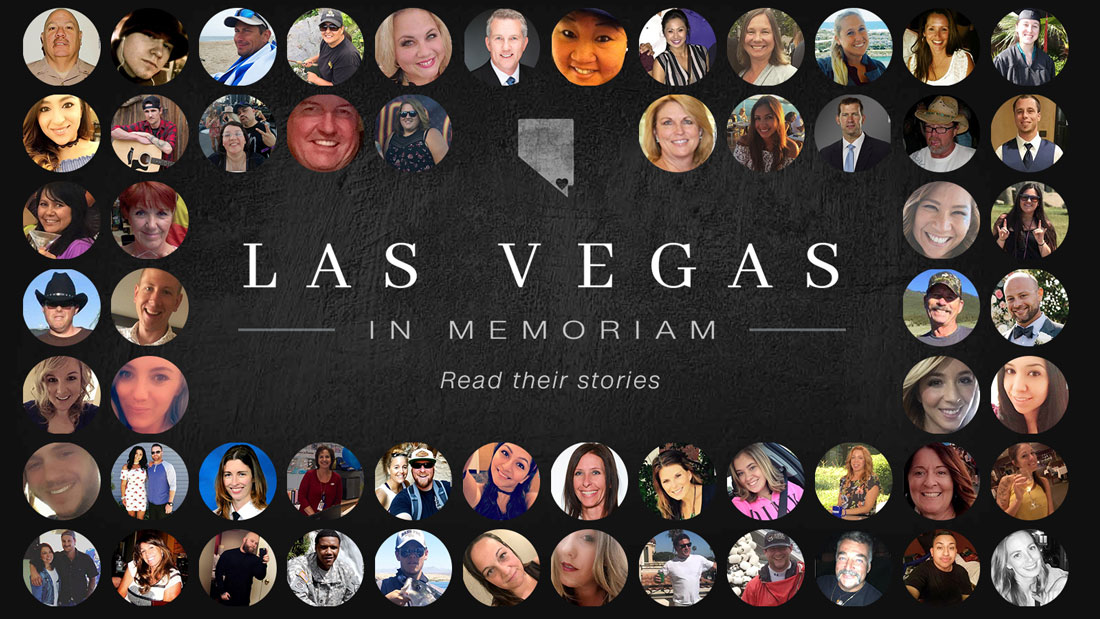 “This was a mutual decision with the show’s organizers, given recent events, it was the prudent thing to do,” Strow said.
Twelve of the 23 firearms found in the hotel suite had bump stocks — legal accessories for semi-automatic rifles that allow a shooter to fire bullets more rapidly.
In the aftermath of Sunday’s shooting, pro-gun Republican lawmakers and the National Rifle Association, the powerful pro-gun lobby, have suggested supporting a review of bump stocks.
Politicians from both sides of the aisle and lobbyists are now saying the controversial devices, which sell for under $200, should be subject to additional regulation.
US President Donald Trump is open to considering legislation that would ban bump stocks but wants to hear more information on the matter before making a final determination, the White House said Wednesday.

A note with numbers written on it was found in Paddock’s room, a source close to the investigation told CNN on Friday. The New York Times reported that authorities are trying to analyze its meaning, but Lombardo, the sheriff, didn’t elaborate on whether they are significant or not.
“Lombardo said that it contained numbers that were being analyzed for their relevance, and that it was not a manifesto or suicide note,”