Top Stories
October 24, 2017 3oliver
Showboat or not, he’s certainly shown himself to be master of the Twitter tease. But teasing what? It’s not clear. He could just be messing with us.
Witness: Comey is “Reinhold Niebuhr.” This we now know for sure after the former FBI director capped off a series of cryptic tweets with a photo of himself from the account that has long been suspected as his nom de plume. 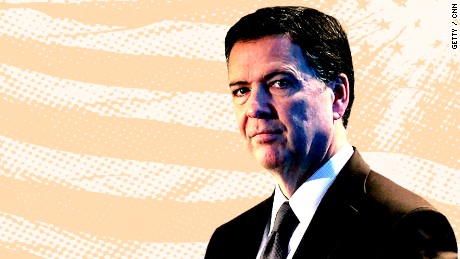 The world has suspected that the Reinhold Niebuhr account, now with the handle @FormerBu, was Comey since the end of March, before he was fired, when Gizmodo writer Ashley Feinberg published a rather incredible bit of Internet sleuthing/snooping/stalking that tied the account to him. (Note: When Feinberg wrote her story, the account handle was @projectexile7 but has since been changed to @FormerBu.) The Reinhold Niebuhr name has stayed constant, however. Niebuhr, an American theologian, was a subject of Comey’s college thesis.
Regardless, the messages Comey has tweeted over the past few days to emerge, unmasked, as Reinhold Niebuhr are bizarre and interesting.
There have only been six tweets total from Comey’s account, so let’s examine each one.
First, back in March, after Feinberg’s story, there was a tweet with a meme of Will Ferrell from the movie “Anchorman” and the text: “Actually, I’m not even mad. That’s amazing.” (It was amazing how Feinberg tied the account to him, by the way.) The post also linked to the FBI job site. That was viewed at the time as a tacit admission that the account was his. He had said not long before that he was on Twitter but didn’t advertise his account.
OK. After that one tweet, Reinhold Niebuhr goes dark for a long stretch of months, during which Comey undergoes some life changes. Namely, he was fired by Trump, testified before Congress, started writing a book. Got a very mixed reception at Howard University. You know the rest.
But then on October 18 comes a random tweet from West Point of a kayaker on the Hudson River in New York. What’s that about?
The next day, a picture of Little Round Top in Gettysburg, Pennsylvania, and some musings on leadership. OK. Side note: Read a bit about Union Col. Joshua Lawrence Chamberlain’s heroic counterattack and how he saved the US army from the Confederates at Little Round Top.
Reinhold Niebuhr then goes from Gettysburg to Iowa. And there’s a photo on October 20 of a tall man with black hair in a field of tall corn stalks at sunset. This is by far the best photo of the series.
A day later, a flock of pelicans and a mention of Reinhold Niebuhr’s serenity prayer.
You’ve probably heard part of the serenity prayer, by the way. It begins like this:
God, give us grace to accept with serenity the things that cannot be changed, courage to change the things that should be changed, and the wisdom to distinguish the one from the other.
And on Monday, the great reveal. Sort of. The account posted a new photo from Iowa of Comey standing in the middle of a deserted, rolling road in the pastoral countryside.
But it is, undoubtedly, a strange enough photo to launch a new conspiracy theory or two. Why is Comey in Iowa? Why is he standing in this strange manner in the middle of the road, looking into the distance at something we can’t see? Did he look both ways? Why these three states?
Is this a marketing strategy for his new book? Maybe, but it’s a little bit early because the book isn’t expected until next spring. Given the time in Iowa, is he running for president? Can’t imagine it from Comey. Some kind of Field of Dreams thing? Who knows. We’ll let you know if he tells us any more.