Uncategorized
July 15, 2019 3oliver
The country’s gross domestic product grew at 6.2% in the quarter ended June, the slowest quarterly growth rate since 1992 and down from 6.4% in the previous quarter, according to government figures released on Monday.
And the Chinese economy will continue to face “downward pressure” in the second half of this year, the country’s National Bureau of Statistics said in a statement.
“The Chinese economy is still in a complex and grave situation,” it said. “Global growth has slowed and external uncertainties are on the rise.”
While Beijing and Washington recently agreed a temporary truce in their months-long trade war, analysts say a lot of question marks remain about whether they can reach a deal. 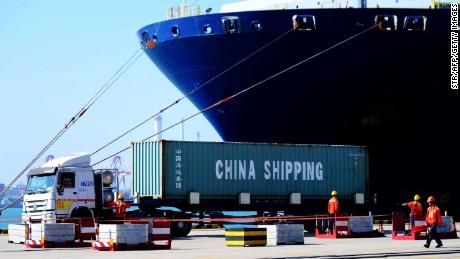 “Uncertainty caused by the US-China trade war was an important factor and we think this will persist,” said Tom Rafferty, principal economist, China at The Economist Intelligence Unit.
“Businesses remain skeptical that the two countries will reach a broader trade agreement and recognise that trade tensions may escalate again,” he added.
Analysts expect Beijing to unveil more stimulus measures to boost the economy, including possible interest rate cuts by the country’s central bank, the People’s Bank of China. The US Federal Reserve has also signaled it may lower interest rates.
“While the PBOC has already delivered stimulus this year, markets are awaiting… additional measures, which will probably come if trade talks collapse,” said Edward Moya, a senior market analyst at Oanda. “If talks steadily progress, we will still probably see the [bank] deliver fresh stimulus following the Fed’s highly anticipated rate cut at the end of the month. “

Nanlin Fang contributed to this report.