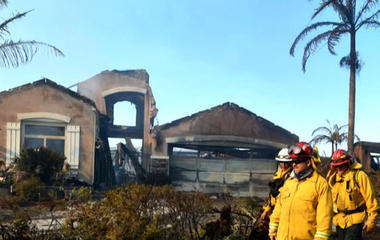 SANTA ROSA, Calif. — Just as thousands of firefighters were beginning to get a handle on the northern California wildfires, the wind has started to kick up again.

CBS News has confirmed the death toll increased to at least 36 people late Friday, many of them elderly. There are at least 19 deaths in Sonoma County alone. More than 200 people remain unaccounted for. Most of the missing are believed to be evacuees who have not notified authorities.

But the most disturbing numbers are the ages of those who died. The oldest victim was 100 years old.

“The bulk of them are in their 70s and 80s, so there is that commonality,” said Sonoma County Sheriff Rob Giordano.

California crews search for victims as wildfires burn on

The average age of 79 speaks to the speed with which the fire overtook entire neighborhoods. Those unable to move quickly could not escape.

On Friday, cadaver dogs searched for the missing. At least one more body was recovered.

Santa Rosa Mayor Chris Coursey says it’s too early to start calculating all that his city of 180,000 people has lost. 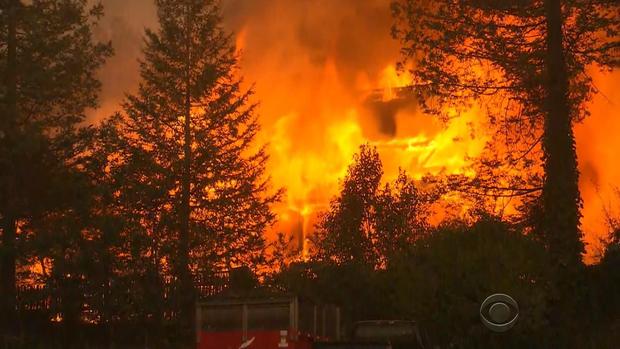 California’s deadliest week of wildfires has also ripped into every aspect of local life. A fire station burned down. Stores burning down have dealt a crippling blow to the region’s economy. The only thing still standing from one 250-room hotel is the sign.

Dennis Tussey and his wife, Ann, opened Sweet T’s restaurant six years ago. They had 70 full- and part-time employees.

“Our payroll is almost $90,000 a month,” Tussey said. “It’s going to just have a rippling effect through the economy.”

The Tussey’s brought their workers together on Friday to pick up their final paychecks. The couple says they would like to rebuild the restaurant, but with the entire neighborhood destroyed, it may be more practical to start again someplace else.