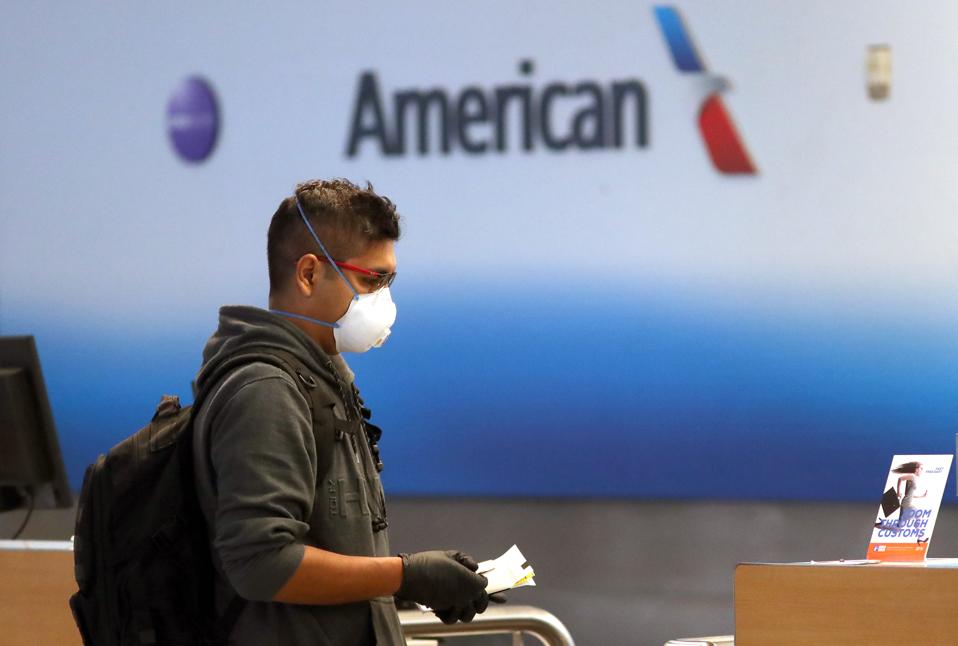 American Airlines will begin booking flights at full capacity, the company announced Friday night, even as the number of coronavirus cases continues to surge in some areas of the country.

A passenger checks in for an American Airlines in Terminal D at Dallas/Fort Worth International … [+] Airport (DFW) on March 13, 2020 in Dallas, Texas.

Starting July 1, American Airlines will no longer leave the middle seat empty and allow flights to be booked at full capacity.

The airline said it will notify customers and allow them “to move to more open flights when available, all without incurring any cost.”

After boarding, passengers will also be allowed to move to a different seat in their ticketed cabin if there’s space—taking into consideration any aircraft weight or balance restrictions, the airline said.

The number of people traveling is increasing after plummeting in March, though it is still nowhere near pre-pandemic levels: According to the Transportation Security Administration, the agency screened 623,624 passengers on June 25, which is up 83% from the same day the previous month.

Elected officials and public health experts assailed the decision. Rep. Ted Lieu (D-Ca) said the airline was “putting lives at risk” and asked them to “reconsider.” Eric Feigl-Ding, an epidemiologist and health economist at the Harvard Chan School of Public Health, tweeted he was “greatly saddened by this aggressive move in middle of record #COVID19 cases.”

“As more people continue to travel, customers may notice that flights are booked to capacity starting July 1. American will continue to notify customers and allow them to move to more open flights when available, all without incurring any cost,” the airline said in the press release.

After plateauing for a short time, coronavirus cases in the U.S. are surging, led by record-increases in states in the South and West, including California, Texas, Florida and Arizona. Though those states began reopening last month, leaders are beginning to backtrack—but mandatory mask orders still remain a political issue.