Brian Flint, who lived next to the alleged gunman, said his neighbor was injured by him, and his truck was stolen. 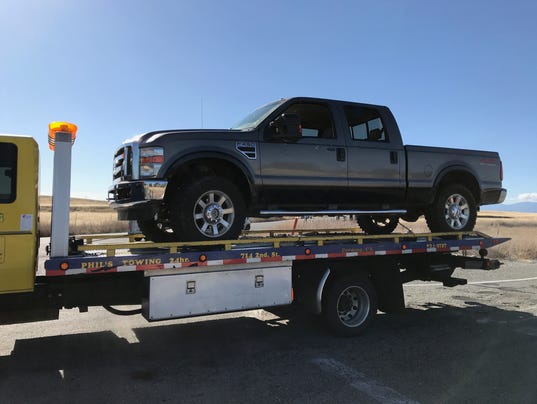 A tow truck removes a pickup with bullet holes in its side from Rancho Tehama on Tuesday. A shooter killed at least four people in a mass shooting in the Tehama County subdivision.(Photo: Mike Chapman/Record Searchlight)

TEHAMA COUNTY RESERVE, Calif. — A portrait of a violent and crazed man began to emerge late Tuesday, just hours after he allegedly killed four people and wounded 10 others in rural Tehama County before dying at the hands of police.

At least one person living near Kevin Janson Neal, 44, the man suspected of the mass killing, described the “hell” of having Neal as a neighbor and court documents reveal the alleged violent attack in January against a woman authorities said is one of the people killed in Tuesday’s rampage.

Tehama County Assistant Sheriff Phil Johnston said Neal earlier in the year stabbed the woman, whom he did not name.

Prosecutors allege Neal attacked her and robbed another woman in the Jan. 31 incident, according to court documents. A criminal complaint names both women, though authorities haven’t identified which one he killed during Tuesday’s rampage.

A Tehama County judged signed a protective order against Neal for both women and a felony criminal trial against Neal was set to begin next year.

Neal held both women against their will using violence, according to the complaint.

He also fired a gun — possibly an AR-15 Bushmaster rifle — during the attack, prosecutors allege. 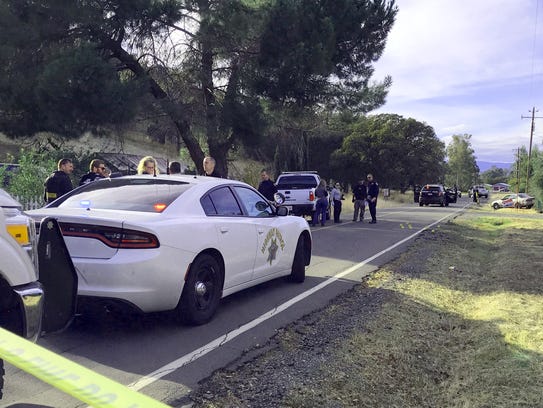 The rifle was specifically called out as an illegal assault rifle in the criminal complaint against Neal, though it’s unknown whether the same weapon was used during Tuesday’s deadly shooting.

The Rancho Tehama Reserve — an isolated rural subdivision home to about 1,485 people — is described on its website as a “quiet private country community” located 12 miles west of Interstate 5 between Red Bluff and Corning about 110 miles northwest of Sacramento.

Resident Brian Flint said he got a call Tuesday morning that his roommate was injured and that his truck had been stolen. It turned out his neighbor was the gunman, who Flint on Tuesday only identified as Kevin.

More: Mass shootings and trauma: In a world that no longer feels safe, how do we cope?

“The crazy thing is that the neighbor has been shooting a lot of bullets lately, hundreds of rounds, large magazines,” Flint said. “We made it aware that this guy is crazy and he’s been threatening us.”

Living near the gunman was “hell,” Flint said, adding the man often harassed him and his neighbors.

Kevin Neal’s mother told The Associated Press in a phone interview Tuesday from her home in Raleigh, N.C., that her son was frustrated by constant feuding with his neighbors and told her, “I’m on a cliff and there’s nowhere to go.”

Neal’s mother, who would only use her first name Anne, said her son had called her a day before the shootings and told her, “It’s all over now.”

She was unaware of his connection to Tuesday’s rampage in the rural community of Rancho Tehama Reserve until contacted by AP.

She said she posted bail in January after Neal was charged with stabbing one of the neighbors.

Police have declined to identify the shooter until his relatives are notified but confirmed the same man was charged with the January assault. The district attorney, Gregg Cohen, told the Sacramento Bee the man in that case is Kevin Neal.

The incident happened a week after a shooting spree at a Sutherland Springs, Texas, church left 25 people dead, including a pregnant woman whose unborn baby also died, and a little over a month after 58 people were killed in a massacre at a Las Vegas country music festival.