The three men allegedly used internet messaging applications to plot bombings and shootings in Times Square, the New York subway and concerts during Ramadan last year, according to a news release on the unsealed court documents from the acting US attorney for the Southern District of New York.
Charged in the case are Abdulrahman El Bahnasawy, 19, a Canadian citizen; Talha Haroon, 19, a US citizen living in Pakistan; and Russell Salic, 37, a Philippines citizen, the release said. According to prosecutors, all three have been arrested and El Bahnasawy has already pleaded guilty following his May 2016 arrest. Haroon and Salic have been arrested overseas, and the US is seeking to have them extradited to stand trial here.
El Bahnasawy allegedly traveled to New Jersey to carry out the attacks, purchased bomb-making materials and helped rent a cabin for building the devices, the news release said. Haroon is alleged to have planned to travel from Pakistan to New York to help and met with bomb experts in Pakistan. Salic is charged with wiring money from the Philippines to further the plot.
El Bahnasawy and Haroon allegedly communicated with an undercover officer posing as an ISIS supporter about their plot and declared their allegiance to ISIS in the communications, according to investigators. 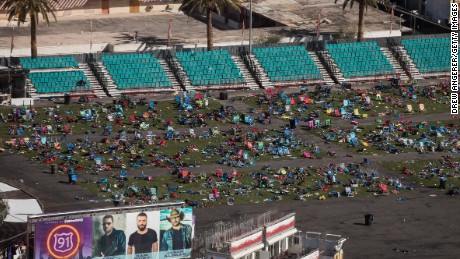 The news of the foiled plot comes shortly after the mass shooting in Las Vegas that killed 58 people and injured hundreds more who were attending a concert. There has been no evidence linking that incident to foreign terrorist groups. The alleged plotters also referenced an ISIS attack on a concert venue in Paris in 2015 that killed 130 people and wounded hundreds more.
The complaints lay out in chilling detail the lengths the men went to plan attacks in crowded areas with maximum casualties, and allege they spoke numerous times of killing as many people as possible.
According to the court documents, El Bahnasawy and Haroon claimed to the undercover agent to have contacts with an ISIS branch known as Khorasan Province, which is active in Pakistan and Afghanistan.
El Bahnasawy wrote of wanting to “create the next 9/11,” investigators said, and Haroon wanted to “cause great destruction to the filthy (disbelievers) by our hands.”
Targets included the subway, Times Square and concerts — inspired by the Paris attack. One message also mentioned targeting a Jewish neighborhood.
“(W)e seriously need a car bomb at Times Square. … Look at these crowds of people!” El Bahnasawy said in one message. He also talked of a desire to “shoot up concerts cuz they kill a lot of people. … (W)e just walk in with guns in our hands. … That’s how the Paris guys did it.”
Haroon called the subway a “perfect” target and spoke of killing as many people as possible on a “very busy day,” not stopping even if there were “women or kids.”
That would be followed up with explosions, Haroon said, adding, if they “get trapped” or “when we run out of bullets we let the vests go off.”
“No mercy is rule one,” Haroon said.
“I wanna kill . . . them in thousands,” he added later. “(W)e have to make a ocean out of their blood(.) Leave no one standing.” 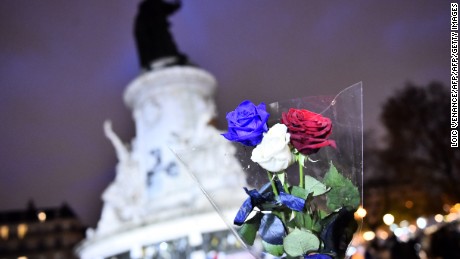 El Bahnasawy bought bomb supplies including 40 pounds of hydrogen peroxide, a key ingredient in triacetone triperoxide (TATP), which is commonly used in improvised explosives, and he also bought batteries, Christmas lights, thermometers and aluminum foil, the court documents said. He then rented the cabin they would use to build the bombs.
Salic was introduced to the undercover agent by El Bahnasawy as a trusted supporter of ISIS who would help fund the operation. Using an alias, Salic then contacted the operative about transferring the money, and also said he was “desperate” to join ISIS in Syria. He wired just over $400 in mid-May to support the attacks.
As planned, El Bahnasawy traveled to the New York City area on May 21, 2016, under monitoring by Canadian and US law enforcement, unbeknownst to him. He was arrested that night in New Jersey. He pleaded guilty to seven charges that October, and his sentencing is scheduled for December 12.
Haroon was arrested in Pakistan in September 2016 and Salic was arrested in the Philippines in April 2017. Both have extradition cases pending.
The charges carry sentences of up to life in prison. All told, the charges could carry three life sentences and up to 70 years in prison.