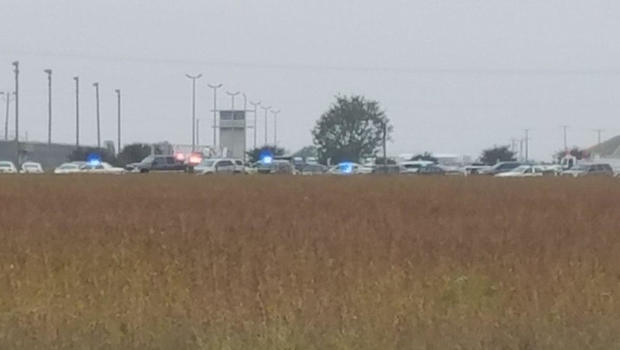 Police respond to the Pasquotank Correctional Institution in Elizabeth City, N.C., after a report of an attempted escape Oct. 12, 2017.

They didn’t disclose how the employees were killed at the Pasquotank Correctional Institution in Elizabeth City. 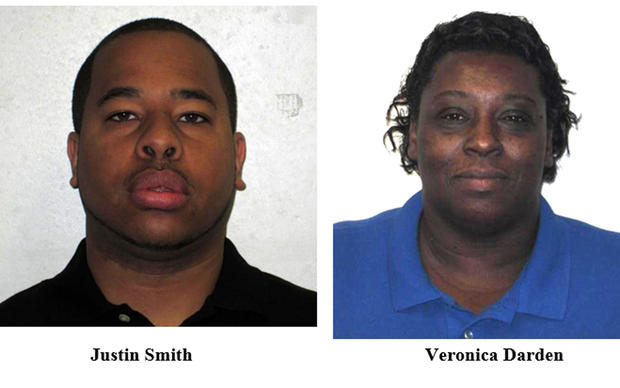 Justin Smith and Veronica Darden were the two prison employees who died during a failed escape attempt on October 12, 2017 at the Pasquotank Correctional Institution in Elizabeth City, North Carolina, state prison officials said

Prison workers did several counts after the fire and all 725 inmates were accounted for, Acree said.

Members of the Prison Emergency Response Team responded to PCI from other state prison facilities and are assisting the local prison staff,  CBS affiliate WTKR reports. The Pasquotank County Sheriff’s Department, along with the State Bureau of Investigation, are investigating the incident.

The prison near the northeast North Carolina coast can house nearly 900 adult, male felons in both high-security and minimum-custody buildings. Minimum-security prisoners work outside the walls on road gangs for the county recycling department and perform other community labor.

The public school district locked doors at three nearby schools after getting word about 3:30 p.m. of the escape attempt. The notice came as students at one of the facilities, Pasquotank High School, were just to be released for the day and after dismissal times for the elementary and middle schools, said Tammy Sawyer, a spokeswoman for Elizabeth City-Pasquotank Public Schools. Buses were ordered back to their schools with any students still in transit.

“We didn’t want kids home alone or in transport with the potential situation that was unfolding,” Sawyer said. Local emergency management officials said about 5 p.m. it was again safe for students to return home.

The prison has reported other incidents this year. In April, an argument between two inmates at the prison led to one prisoner stabbing the other several times in the upper torso. Two months earlier, a guard was charged with trying to smuggle illegal drugs, phones and cigarettes behind prison walls.

Gov. Roy Cooper offered his condolences for the deaths in a statement late Thursday.

“Those who work in our prisons do a difficult and demanding job that is critical to our safety,” he said.